The Spanish defender is said to be open to a new challenge. 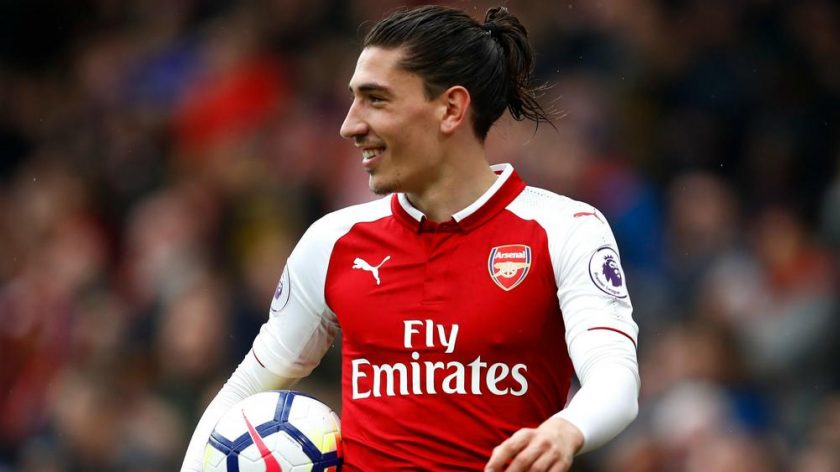 Barcelona have reportedly met with Arsenal’s technical director to discuss the possibility of signing Hector Bellerin. The Catalans have also been given the hope that they could bring back the Spaniard for around £20m. However, PSG are also understood to be in the transfer race for Bellerin as they have submitted an opening bid of £30m for his signing.

Barca, who are in search of a new right-back, are ready to move away from Nelson Semedo. Although it was reported earlier that the Catalans were to extend the contract of Semedo, they are now looking to offload him to bring in a new face.

The Portuguese defender had been previously linked with a move to Manchester City in a swap deal involving Joao Cancelo. Barca were also linked with a bizarre transfer of Juventus outcast Mattia De Sciglio. Sergino Dest has been another option, but the talks appeared to have withered from the side of Barca.

Barcelona are devoid of right-back options, with Semedo and Sergi Roberto remain the only players. However, the latter one is expected to play in the midfield at the request of new manager Ronald Koeman.

Elsewhere, PSG are looking to find a long-time successor for Thomas Meunier, who joined Borussia Dortmund on a free transfer. The Ligue 1 champions want to make a move for Hector Bellerin, who appears to be open for new challenges. Mikel Arteta could also be forced to sell the 25-year-old as Arsenal manager wants to bring reinforcements ahead of the next season.

Bellerin was out of action for more than a year due to an ACL injury before making his return to the squad last season. Ainsley Maitland-Niles has fared well in lieu of Bellerin, and his performances lead him to a call up from the England national team.

Bellerin could not opt to move to Barca, where he spent his youth ranks before moving to the Emirates stadium. The Spaniard will be entrusted a lot in Catalonia if Barca decide to let Semedo off the hook.

Bellerin has spent the entirety of his senior career with the Gunners since joining them in 2012. He has won seven major trophies with the North London Club including the recent FA Cup title and Community Shield.