Aston Villa have been handed a massive boost in their chase for winger Emiliano Buendia, with Norwich City’s sporting director Stuart Webber claiming the player could leave the club this summer. 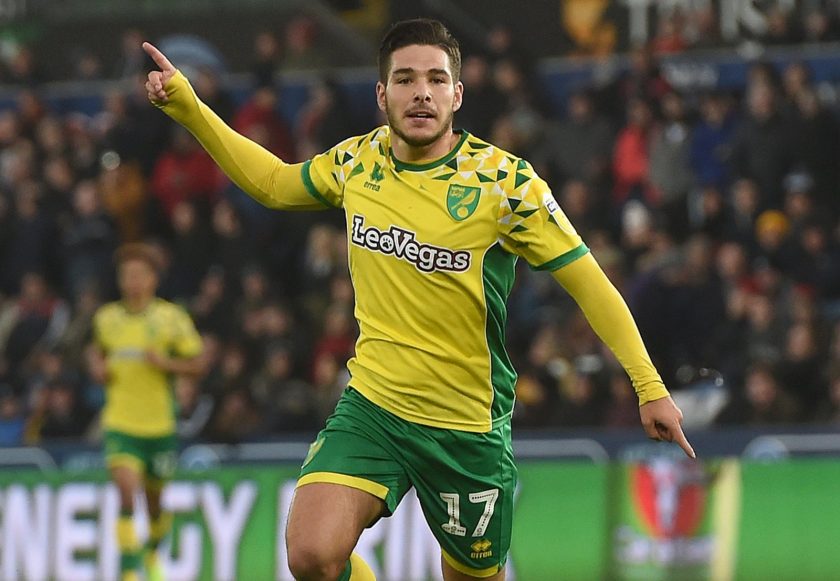 Emi Buendia, 24, has been one of the star performers behind Norwich City’s promotion to the Premier League at the first time of asking, with Daniel Farke-managed side winning the Championship title in some style. The attacker has scored 15 goals and supplied 17 assists in 39 league appearances, playing a crucial role in Farke’s system.

The 24-year-old has been rewarded for his brilliant form for the Canaries by receiving a call-up to the Argentinean national team for two World Cup qualifiers against Chile and Colombia next month. Buendia’s fine performances in the Championship haven’t gone unnoticed, with Aston Villa rumoured to be among his admirers heading into the summer transfer window. However, the Villans are likely to face competition as Leeds United, Arsenal and West Ham are all said to be interested in the Norwich winger.

Aston Villa have shown a lot of promise throughout the season after narrowly beating out the drop last term. However, the Lions have won just once in their last five outings which has seen them drop out of the top half of the Premier League table.

Dean Smith deserves praise for managing his squad well during the course of the season, proving that the Villans are on the right track under him. But for Smith and co. to climb higher up the table next season, they’ll need to get in some quality signings through the front door of the Villa Park.

It is the lack of quality depth that has hurt Villa, especially in the second half of the season. Dean Smith-managed side’s hopes of qualifying for Europe have faded ever since skipper Jack Grealish picked up an injury in February. In Grealish’s absence, the Lions have won just three out of 14 games.

With Ross Barkley expected to return back Chelsea after his loan spell expires in June, signing a creative playmaker has to be prioritised by Villa, even though they signed Morgan Sanson from Marseille in January. In that regard, they must make a move for Norwich City’s Emi Buendia.

Emi Buendia would be a smart fit at Villa Park

With Trezeguet set to miss the start of the new season and Sanson yet to really make an impact at Villa Park, Villa need a player who can share the creative workload off Grealish’s shoulders. That’s when the arrival of the exciting and creative Buendia could make a lot of difference.

Buendia, who is a right-footed player, can play left out wide or through the middle in the hole behind the striker. Add to that his work-rate, tenacity and eye for goal, and it is easy to see why he could be a useful addition to Villa’s attacking ranks that have looked pretty pedestrian and one-paced in Grealish’s absence.

The Argentinean’s talent and potential have been there for everybody to see, meaning that the Villans could have a real gem on their hands in the years to come if the 24-year-old goes on to fulfil his potential. At £35million, Buendia would be quite a coup for Smith’s Villa.