As it was reported by numerous news outlets, Barcelona are considering to make a surprise transfer this summer by bringing the Arsenal defender Sead Kolasinac to the team. 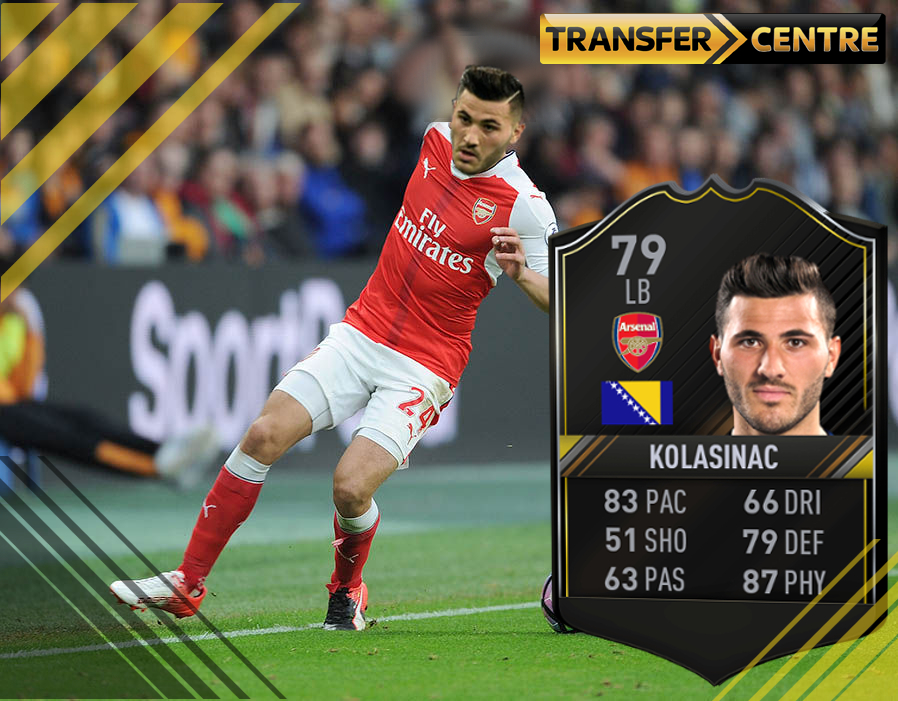 Sead Kolasinac, a Bosnian player who joined Arsenal from Schalke in the summer of 2017 has reportedly been targeted by the Spanish football giants, Barcelona, who have shown their interest in bringing the 25-year-old defender into the team as one of the shock transfers of 2019 summer.

According to The Sun, the Blaugrana are prepared to pay £20m in hopes it will be enough to persuade Arsenal into letting their left wing-back leave the club in summer and join Barcelona, who are currently in a rebuilding process, after yet another disappointing exit from the UEFA Champions League. While an offer from a club like Barcelona should not be taken lightly, Sead Kolasinac seems unfazed by it, stating he is happy at Arsenal, where he feels valued. Looking at the 2018/19 season, Sead Kolasinac helped his team with 10 assists in 36 appearances in what can only be described as a good season for the Bosnian player.

Sead Kolasinac might be an unknown name for most of the football world, however, for those who know of him, we could hardly find anyone who does not think Kolasinac is a great player. As a highly versatile player, who predominantly plays in the left wing-back role, Kolasinac proved times and times before, he is no stranger of playing in other positions as well. No matter, where Kolasinac played, be it at his preferred left wing-back, left midfield, or even defensive midfield, Kolasinac did not fail to amaze us with his incredible high work rate, which sees him joining his teammates in attack and manages to return back to his position in time to defend his goal. While his 10 assists in 36 games is an incredible record to hold, Kolasinac also helped his team with averaging 1.3 tackles, 0.9 interceptions and 1.2 clearances per game. But there is one thing that made Kolasinac an incredible asset to Emery’s team and his strategy. It’s his left-footed philosophy. Kolasinac proved to be a key player in the final third with his key passes, that made Arsenal’s playstyle much smoother and ultimately much better. Being that Kolasinac is able to use his left foot for his accurate passes, he played a huge role in finding Lacazette and Aubameyang with his crosses, which was one of the key strategies Arsenal used to create pressure on the opposing team.

Knowing Kolasinac is a great player and an incredible asset to Arsenal, we must ask ourselves if he will play such an important role with Barcelona as well and while we do not know the answer for sure, we can safely assume he won’t. As it seems at the moment, Barcelona will pay somewhere in the range of £20m for a secondary player or in other words a replacement for Alba, who will not play nearly as much as he did in Arsenal. While the chances of him winning more silverware with Barcelona are something to consider, at the end of the day, Kolasinac will have to decide between two completely different options. Either stay with Arsenal where he will continue playing a crucial role, or join Barcelona, which will give him a chance to play for one of the best clubs in the world with whom he will have a great chance to win a few titles and trophies, but at the cost of less playtime.