When Amazon Prime’s hit documentary All or Nothing: Arsenal came out back in August, rival fans of the north London club couldn’t wait to get the inside scoop on the Gunners’ end-of-season collapse — which resulted in them gifting local challengers Tottenham Hotspur the final Champions League spot when it was at their peril. 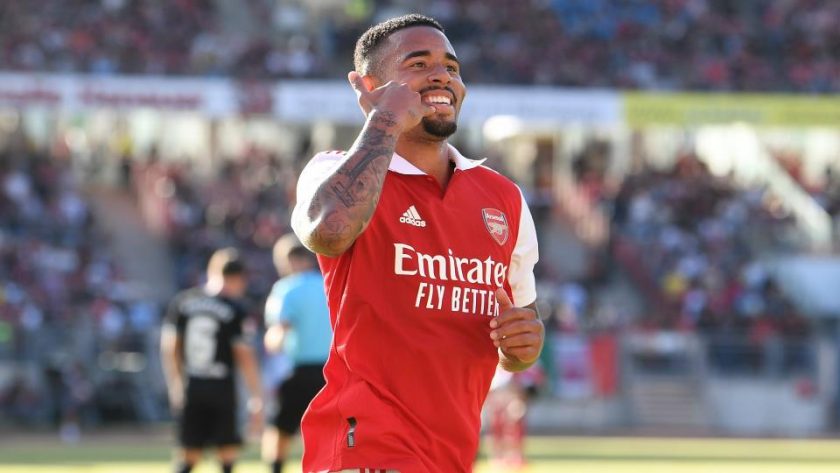 Almost a third of the way in to the 2022/23 Premier League season and it is the Arsenal fans who are doing the laughing now though. Mikel Arteta’s men are flying high at the top of the table (at the time of writing) after their best ever start to a Premier League campaign and their chances of winning the coveted trophy are plummeting week-on-week in the Premier League winner odds.

Pundits and fans alike were initially reserved about Arsenal’s start to the season, with victories over Crystal Palace, Leicester City, Bournemouth and Fulham followed by a defeat to Manchester United hardly the most convincing. But after successive wins over big six opposition in the form of Tottenham and Liverpool, the Gunners have established themselves as title contenders and the fanfare is starting to begin.

But how has so much changed in the space of just a couple of months? Well, the truth is there hasn’t been some kind of miracle carried out behind the scenes over the summer that no one knows about. ‘Trust the process’ is a phrase that springs to mind when thinking about Arsenal, and Arteta is proving exactly why that should be the case at the Emirates.

It’s been a turbulent spell under the Spaniard since he took over in late 2019, and he has probably lost the faith of Arsenal supporters on more than one occasion — perhaps even as recent as the end of last season. But he has also had some fantastic periods, that tend to end sourly. This feels different, however — like this Arsenal are a different beast.

The crowd are behind their team, and the players are repaying their fantastic support on the pitch. The revival of Granit Xhaka’s Arsenal career is another major factor. The former captain’s relationship with the fans looked to have been unfixable at one stage, but he’s back in their good books and he’s one of the most important players again — putting in admirable performances and still acting like a true leader in key instances despite losing the armband to Martin Ødegaard.

One thing that did happen over the summer that has had big impact was the acquisition of Gabriel Jesus from Manchester City. The Brazilian’s five goals and three assists in his nine Premier League appearances at the time of writing have been a much-needed boast after Pierre-Emerick Aubameyang and Alexandre Lacazette departed in the last couple of windows.

But the 25-year-old’s leadership skills, which can be seen as he often gives talks in the pre-game group huddles, and his winning mentality from his time working under Pep Guardiola at the Etihad have been just as crucial as his goal contributions.

Having just one or two more players like that in the dressing room is why are Arsenal are striving this season. In the past they have had the knack to be quite a confidence-driven team, who were hard to beat when they were on a high. But one defeat could derail them completely and a bad run would follow.

The manner in which they have bounced back from the 3-1 defeat to Manchester United at Old Trafford is hopefully proof that that is no longer the case and they now have the mentality to come out of defeats hungry to put things right next time they step out on to the pitch.

Will they win the Premier League title this campaign? Probably not. The title will most likely be staying in Man City’s well-polished cabinet at the Etihad, but that wasn’t what they set out to achieve this season in the first place. There is vast improvement and if they can finish a close second to Guardiola’s side then they have perhaps even overachieved.