Paris St-Germain and Argentina forward Lionel Messi won the Ballon d’Or – awarded to the best footballer of the year – for a record seventh time. 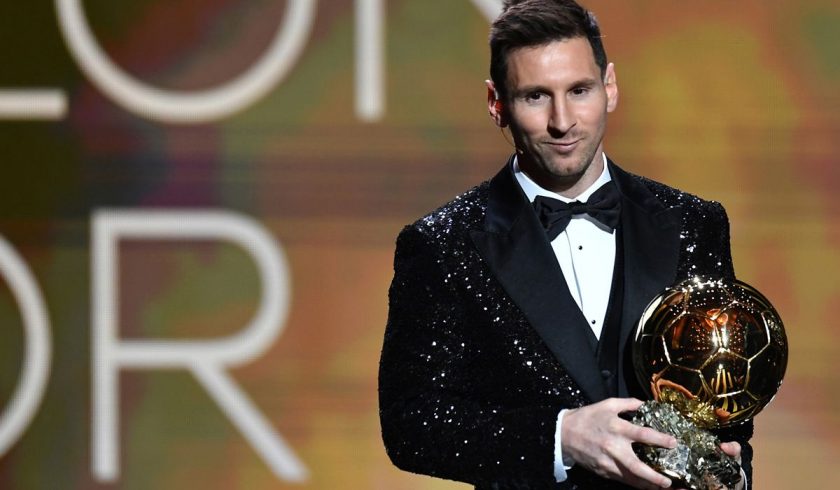 One of the best Argentinian football players, Leo Messi has duly moved two titles clear of his eternal rival Cristiano Ronaldo as the most decorated player in the history of the prize having also won in 2009, 2010, 2011, 2012, 2015 and 2019.

Having scored more than 60 goals in the calendar year, Lewandowski was forced to settle for the best striker prize and status as the bookies’ favourite to win FIFA’s ‘The Best’ award.

Lionel Messi, one of the top 5 goalscorers in the 21st century, is still ecstatic after winning an incredible SEVENTH Ballon d’Or trophy.

“It is incredible to be here again,” said Messi according to Marca.

“Two years ago, I said that it was my last years, and that I didn’t know what was going to happen, and now I am here again.

“After that they began to ask me when I was going to retire and today I am in Paris. I am very happy and very excited, eager to continue fighting for new challenges.

“I don’t know how much I have left, but I hope it’s a lot, because I love this. Other times I won this award and I always had the feeling that something was missing.

“I felt gutted about something, and this year I was able to achieve the dream that I wanted so much after having fought and having gone through many falls.

“This award is largely because of what we (Argentina) did in Copa America.”

Messi have already won the Best FIFA Player of the Year in 2019 and once again he deserved to be awarded, especially after he won the Copa America with Argentina.