West Ham will make one final effort to sign defender James Tarkowski in January, with the Burnley star out of contract at the end of the season. 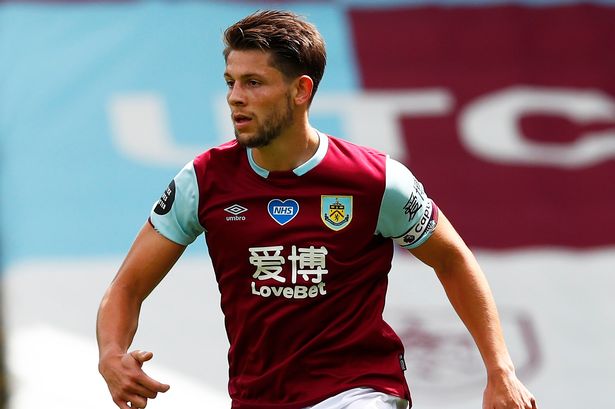 James Tarkowski, 29, has made close to 200 appearances for Burnley since signing from Brentford in 2016. However, the English centre-back’s contract expires next summer and he has shown no willingness to pen fresh terms with the Clarets.

Burnley are desperate to keep hold of their defensive lynchpin during their relegation battle. However, West Ham boss David Moyes is keen to sign Tarkowski during the January transfer window and will look to entice the Clarets into selling their star by making a ‘£6m or £7m bid’.

Although knowing that bid may not be enough to land the two-cap England international, the Hammers have alternatives in the form of Liverpool pair Nat Phillips and Ben Davies lined up, with the latter currently out on loan at Sheffield United.

West Ham to be in the market for defensive reinforcements

David Moyes were dealt with a massive blow earlier this month when defender Angelo Ogbonna sustained an anterior cruciate ligament injury during West Ham’s memorable 3-2 victory over Liverpool at the London Stadium.

Ogbonna, 33, has been a pivotal figure at the back for the Hammers in recent years. The Italian’s season-ending injury has left Moyes and co. a bit short in the centre-back department. Craig Dawson and Issa Diop are decent options, but West Ham do need more depth in the squad to balance their domestic competitions with European adventure this season.

With the east Londoners already in the hat for the Europa League knockout rounds, it is understandable why Moyes is eager to bring in a centre-back in the upcoming January transfer window.

James Tarkowski could be a solid addition to the Hammers squad

Aged 29, James Tarkowski could turn out to be a solid addition to West Ham United’s present squad as it would provide them with quality and depth. He isn’t a ball-playing defender by any means, but someone in the mould of a no-nonsense defender who likes to make last-ditch tackles and challenges and throw himself on the line to stop his team from conceding.

The England international is a Premier League proven defender having made 175 top-flight appearances for Burnley under Sean Dyche. In Ogbonna’s absence, Tarkowski could be the ideal partner for Kurt Zouma and add solidity to the West Ham defence. He’s experienced and has the qualities to make an instant impact for the Hammers if a deal goes through in January.

It remains to be seen what Burnley’s final stand on Tarkowski will be but if West Ham comes up with a satisfactory offer in January, they’ll be better off accepting it rather than losing him on a free transfer at the end of the campaign.