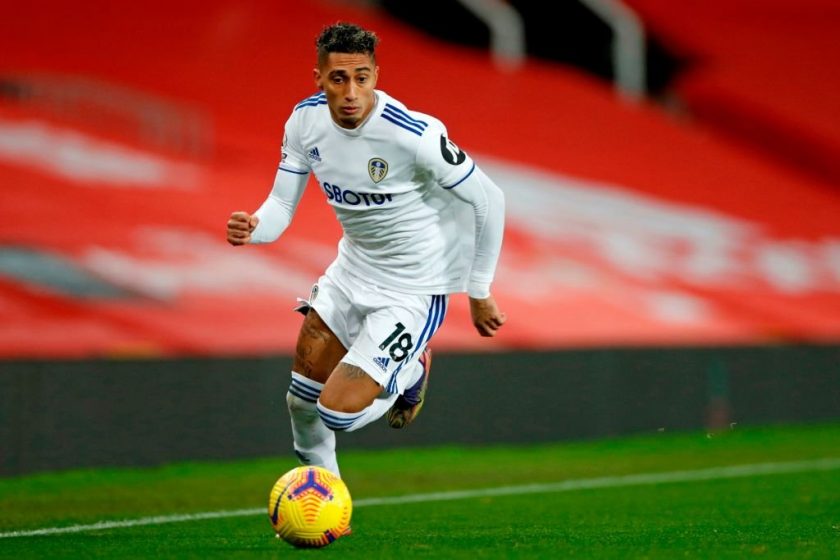 Raphinha, 24, joined Leeds United from Rennes in a £17million deal last summer and has adapted to the Premier League like a duck to water. He has netted five goals and supplied as many assists in 22 league outings, becoming one of Marcelo Bielsa’s key players in the Whites’ system. The Brazilian wide-man’s progress has caught the eye of various top clubs, with Liverpool also linked with his services since the start of 2021.

It is claimed that Deco, Raphinha’s agent, is set to meet with Leeds United in the near future to discuss a possible move away at the end of the season, with Manchester United having an advantage in the race to sign the jet-heeled Brazilian.

Man United on the right track under Ole Gunnar Solskjaer

Manchester United have no doubt made plenty of progress this season, with Ole Gunnar Solskjaer’s side strengthening their second position on the table with a fantastic 2-0 victory over league leaders Manchester City at the Etihad Stadium on Sunday. Bruno Fernandes scored a very early penalty before Luke Shaw added a second goal after the interval to help the Red Devils to a massive three points in the Manchester derby.

In the quest to become Premier League champions once again, Solskjaer knows there is a lot of work that needs to be done—on the pitch and off it. Sunday’s victory over cross-town rivals Manchester City was a welcome return to form in the Premier League, but with Manchester United still 11 points off the summit, Solskjaer’s best hope of silverware this season lies in the cup competitions.

The Red Devils will face AC Milan in a two-legged Europa League round of 16 tie before travelling to Leicester City in the FA Cup quarter-finals. A second-place finish in the league and a trophy or two should be a successful season for United, and that would go a long way in determining how far the club has progressed under Solskjaer.

As aforementioned, there are still issues to be solved as Solskjaer tries to build a successful United side filled with young exciting talents. One of the areas that need reinforcing is the right-wing position, with Marcus Rashford, Daniel James and Anthony Martial all comfortable coming off the left flank.

Mason Greenwood has played on the right flank under Solskjaer but he looks destined to lead United’s attack in the future. United spent £37m to sign Amad Diallo from Atalanta last summer, but he remains one for the future.

Clearly, the Reds need an out-and-out right winger who can immediately come in and solve one of the key problems in Solskjaer’s squad next season.

Should Man United go for Raphinha?

In this regard, Solskjaer targeting a move for Raphinha makes a lot of sense. Raphinha has been a revelation in the Premier League since arriving at Leeds United before the start of the season. He has impressed with his work rate, flair, speed and direct running, forging a strong partnership with Patrick Bamford and Jack Harrison in the Whites’ attack.

A nippy attacker with the ability to play on the left as well, the Brazilian would be a good fit for a United side that has missed an out-and-out right wide-man for some time now. Raphinha ticks plenty of boxes that Solskjaer has set so far and could help the Red Devils to get back to the top again. Hence, by all means, the Leeds star could solve United’s right-wing issues and prove to be a really valuable signing in the long run.