Wolves are facing the prospect of hanging on to loan star Hwang Hee-chan with Premier League rivals Liverpool and Manchester City have scouted him. 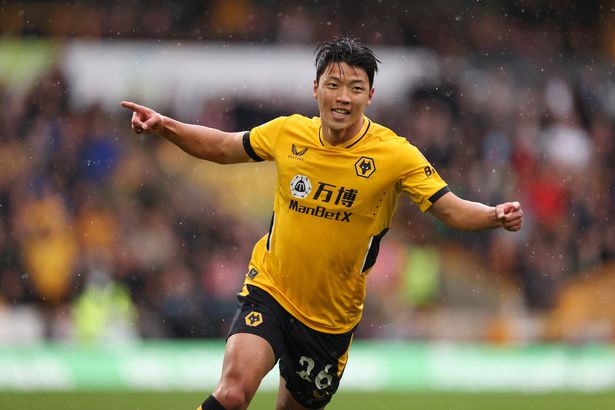 The South Korean, 25, has impressed at Wolves since arriving on a season-long loan from RB Leipzig in the summer. He is the Midlands club’s top scorer with four goals in seven games this season, easing the goal-scoring pressure off Raul Jimenez’s shoulders.

Alerted by interest from Liverpool and Manchester City, Wolves are trying everything possible to make Hwang Hee-chan’s loan move permanent. Bruno Lage’s Wanderers have an option to pay £14million to sign the 25-year-old, who has seven goals in 42 caps for South Korea.

Meanwhile, Liverpool were beaten 3-2 by West Ham at the London Stadium, in the Matchweek 11, before the international break, which was their first loss of the season. The defeat at West Ham was also a timely reminder about the Reds’ lack of depth in the squad.

Reinforcements are a must for Liverpool if they are to mount a serious title challenge after timidly surrendering the crown to Manchester City last term.

They have already had injury problems in the midfield unit, with James Milner, Thiago Alcantara, Fabinho and Naby Keita missing a few games here and there. With Harvey Elliot out with a foot injury for the foreseeable future, the likes of Jordan Henderson (31) and James Milner (35) not getting any younger and Naby Keita scheduled to leave for AFCON in January, Jurgen Klopp must bring in a new midfielder to Anfield.

In addition to Keita, Liverpool will also lose Egypt’s Mohamed Salah and Senegalese Sadio Mane for AFCON. This leaves Klopp and co. in desperate need of a new forward to arrive at Anfield to cover for both Mane and Salah.

Needless to say, Klopp would expect the likes of Takumi Minamino, Alex Oxlade-Chamberlain and Divock Origi to step up and be counted during the potential absence of Mane and Salah. However, a top club like Liverpool cannot bank on the fringe players alone and need to get in a quality forward to stay in the title race.

In that regard, on-loan Wolves forward Hwang Hee-chan would be the right fit at Anfield. Hwang has instantly become a fan favourite at Wolves with his goal-scoring ability and link-up play with the likes of Raul Jimenez and Francisco Trincao. He can play anywhere across the front-line and terrorise the opposition backline with his pace, dribbling skills, directness and movement.

The South Korean provides a lot more than goals and assists and he would be able to adapt to Klopp’s style of football at Liverpool. He’s certainly not at the level of both Salah and Mane but will provide flexibility and a touch of flair to the Reds attack in the African superstars’ absence.

Therefore, Liverpool must do everything possible to snatch Hwang away from the clutches of Wolves as he would be a superb addition to Klopp’s forward line.