The 2019/20 football season is already past its half-way mark and it’s shaping up to be a very exciting season, especially for Liverpool, who have already pocketed UEFA Super Cup and UEFA Club World Cup titles and are now well on their way to clinching their 19th domestic league title. But will Klopp’s men manage to add more titles by the end of the season, or will they be left with two trophies; and most importantly, will they manage to achieve the historic treble?

First and foremost, we have to address Liverpool’s chances to win the Premier League, that is if we can even talk about their chances, rather than the chances of the remaining teams to prevent the Reds from hoisting the EPL cup.

Do you know when did Liverpool last win the league?

Liverpool last won the Premier League in the season 1989/90. If they win the title this season it will be 29 years since they last managed it.

Liverpool are sitting at the top of the league with a double-digit lead ahead of the likes of Manchester City and Leicester, while fifth-placed Manchester United have less than half of Liverpool’s points, which only goes to show how dominant Klopp’s men are in the EPL this season. What’s more is that they have not yet suffered a single defeat, as they are holding onto only one draw 23 rounds deep, following the footsteps of the Invincibles.

Do you know that only three teams have managed to finish the season without defeat?

If Liverpool manage to keep up the tempo, the Reds themselves will join Arsenal, Preston North End and Rangers F.C. as one of the four teams to end the season without a single league defeat.

While there is a saying; it’s not over until the fat lady sings, in this case, the fat lady has been signing for a while and to be completely honest, no team in the EPL has shown anything that would lead us to believe they can derail Liverpool.

As it stands now, Liverpool are on course to smash the record for the earliest title in history. If Klopp’s men can continue playing at their current rate, Liverpool will hoist the EPL trophy as early as in mid-March, more precisely on March 14, 2020, when they will clash with Everton in an away game. If they achieve that feat, Liverpool would smash the earlier title win record by a whole month. Will they manage to achieve that is anyone’s guess, but based on everything that is happening, the question is no more whether Liverpool will win the title, but rather when will they do so.

The reigning champions of Europe have returned to the final 16 of UEFA Champions League and are now set to win their second successive UCL title. With their dominance in the EPL, Liverpool have shifted their focus on the UCL, in order to secure both titles, while their FA Cup ambitions are currently trivial, to say the least.

Looking back at Liverpool’s UCL group stage venture, they had a fairly easy time clinching the top seed in Group E, where they secured their promotion into the playoffs in six games and finished the group stage with four wins, one draw and a loss while scoring 13 goals and conceding five. Now they’re set to enter the 1/8 finals, where they will meet with Atletico Madrid, which is said to be a fairly easy win for Liverpool, yet their road to the summit is still very long and tedious.

Most bookmakers have Liverpool priced as second-favorites to repeat their success from 2018/19 and win UCL, only trailing Manchester City, yet there are other teams who are more than capable of derailing Liverpool. With teams such as Barcelona, Bayern Munich, PSG and Juventus still in the game, calling Liverpool champions of UCL ahead of time might not be the best way to approach this subject.

At the end of the day, winning UCL is a game of chance. Featuring only the cream of the crop of European football, any match seems to be a 50/50, at least in the later stages. Does that mean Liverpool don’t have a chance to repeat their success from last season? No, far from it. Liverpool have all the needed tools to win their second consecutive UCL, but considering any team can lose to any other team, predicting Liverpool will do so at this point is impossible.

As it stands now, Liverpool are in the fourth round of FA Cup, where they are set to meet with Shrewsbury Town on January 26, 2020. The said match should, in theory, end in Liverpool’s favour, yet there is still a long road ahead of them before the Reds will get to lift the most prestigious cup in the oldest football tournament in the world.

Liverpool have not won the FA Cup since 2006, when they hoisted their seventh FA Cup in history. They did, however, make a total of 14 finals appearances, which is third-most out of all teams, only trailing Arsenal and Man United who both appeared in 20 FA Cup finals to date.

The question here is whether Liverpool will even try to win the FA Cup and possibly a treble by the end of the year. It goes without saying the FA Cup is less compelling than it once was, but that does not necessarily mean Liverpool will let it slip in between their fingers. Winning a treble in this day and age would be a massive achievement, considering how stacked the football world is so it’s safe to say Liverpool would be keen on making a deep run in their domestic cup as well, that is if it won’t interfere with their EPL and the Champions League.

It’s not a secret Klopp will look to win both EPL and Champions League this year, which will mark Liverpool’s biggest achievement ever, while winning all three would put Liverpool in the hall of fame, as they would match the success of Ferguson’s United 21 year ago and six other European sides, who won their league, cup and UCL. 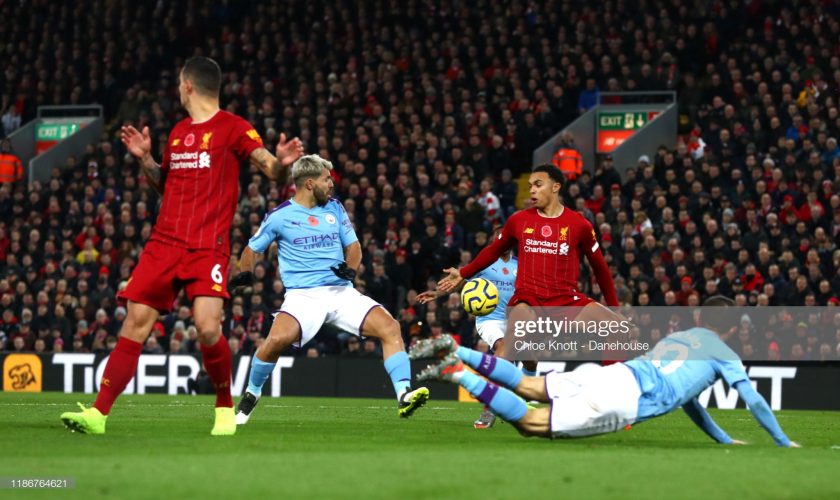 The ambition is surely there, but we need to ask ourselves: If Liverpool claim EPL and UEFA Champions League title while crashing out of the FA Cup, will they really dwell on their failure to win FA Cup? Probably not. We can expect Liverpool to continue fielding second-string line-up in the fourth round of FA Cup and beyond that. If that team can make it to the top, so be it, but at the end of the day, if Liverpool wins the historic treble it till be more of an incidental treble than anything else.