The 2019/20 football season has begun in all the major football leagues, and while all the spotlight is once again on the top teams in the world and their performance, the dust has not yet fully settled from the 2019 summer transfer window, which is still a hot topic of discussion among football fans.

Seeing how 2019/2020 summer transfer window was one of the biggest yet (over €5 billion spent in total), there were many big transfer moves, which will have huge effects on how some teams perform this season, or at least that’s what the enormous fees paid would suggest. But which were the biggest transfers of this summer and where did the football stars end up? 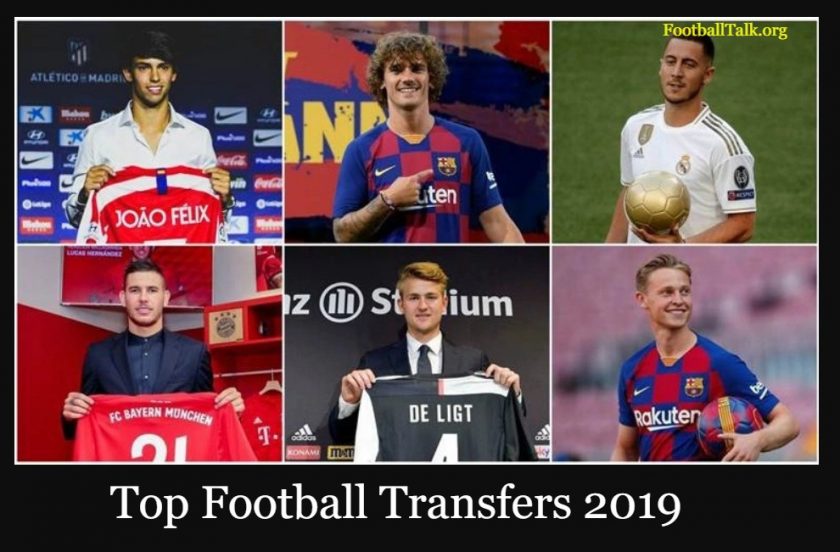 It took a while before Manchester United and Inter Milan came to an agreement. While it seemed like this transfer won’t happen, the two clubs eventually made a deal in the dying moments of the transfer window. Inter Milan, in the end, had to pay €65 million for the Belgian striker, who arrived at Man United in 2017 for breathing €84.7 million.

The 23-year old defensive midfielder joined Manchester City as the most expensive addition for the Sky Blues this summer transfer window. The young star is a product of Atletico Madrid youth academy, who spent most of his career at Villarreal, but found his way back to Atl. Madrid in 2018, who acquired him for €25 million. Los Colchoneros however, did not hesitate to sell him to the EPL champions for €70 million, to help finance their Joao Felix transfer.

Frenkie de Jong was one of the most talked about transfers of this summer transfer window. The young central midfielder and one of the most expensive defensive midfielders proved his worth with Ajax during the Champions League campaign and it did not take long for the 22-year old to be targeted by some of the biggest football clubs in the world. In the end, however, he chooses to join Barcelona, who spent €75 million, making him the second most expensive addition to the Blaugrana.

Arsenal spent big for the 24-year-old right winger this summer transfer window, who remained the biggest addition to the team ahead of 2019/20 season. Pepe also earned himself a status of the most expensive player to ever join Arsenal, costing €16.25 million more than Arsenal star striker Pierre-Emerick Aubameyang, who joined the team two years ago.

It took a while before Leicester and Manchester United reached an agreement on the price of Harry Maguire, which in the end proved to be €87 million, making him the most expensive defender in the history of football. The 26-year-old centre back also became the 14th most expensive player in history and the second most expensive arrival in the Red Devils’ history of spending.

It was only the matter of time before Griezmann would join Barcelona. There were talks about this transfer happening years ago and while the transfer did not happen then, it did this July, when Griezmann switched sides for €120 million. With that price tag, the 28-year-old world champion earned his spot as the second most expensive transfer of 2019 transfer window and sixth most expensive player in history.