And just like that, English Premier League round 10 has come to a close, meaning we are well over 1/4 finished with the 2019/20 season of English top-flight football. While it may sound like a lot, there are still 28 more rounds to look forward to. But before we start talking about the rounds that await us, we first need to turn our focus on the recently finished round, how the teams performed and most importantly how our fantasy team did. 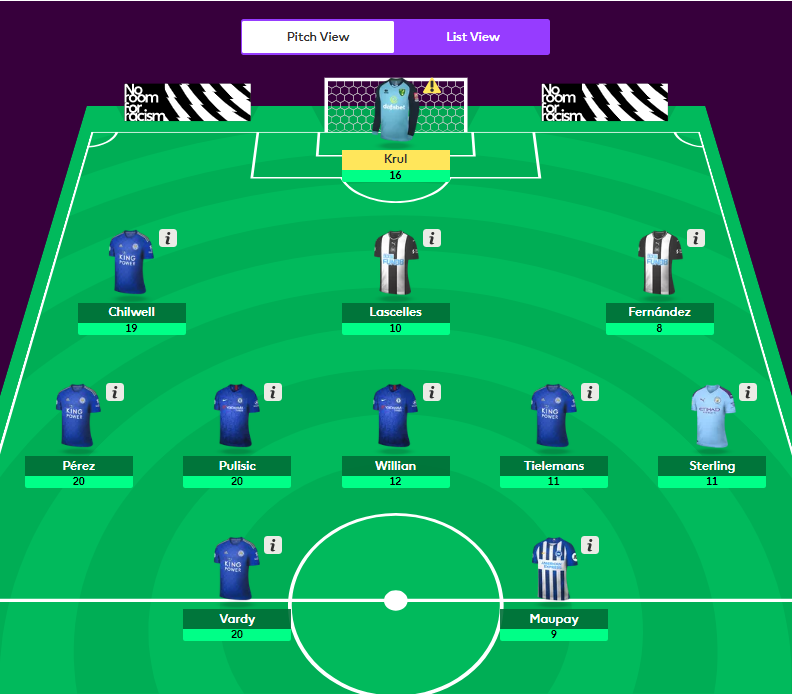 Norwich’s goalkeeper Tim Krul (16) emerged as the best performing goalkeeper of the week with breath-taking 16 points he earned in Norwich’s match against Manchester United. While Norwich did end up losing that match 1:3, Krul saved two penalties to earn a significant amount of points, which catapulted him into the dream team of the week. Joining him in the back, we have Chilwell (19), Lascelles (10) and Fernandez (8). Chilwell earned a season-high 19 points in Leicester’s trashing of Southampton (0:9) where he scored a goal and added two assists. Lascelles earned 10 points by scoring a goal for Newcastle against Wolverhampton, whereas Fernandez who was the man behind the pass that led to that goal.

In the attack, we have the fourth Leicester member, Vardy (20) and Maupay (9). Vardy contributed three goals and an assist in Leicester record 9:0 trashing of Southampton, whereas Maupay earned his nine points with a goal for Brighton against Everton.

In total, the GW10 dream team earned season-high 156 points, which only adds to the flare of game week nine, where we saw Leicester tie a 24-year old record of the highest EPL win, set by Manchester United on March 4, 1995, when the Red Devils defeated Ipswich 9:0.

Now let’s look over our fantasy team and how it performed. 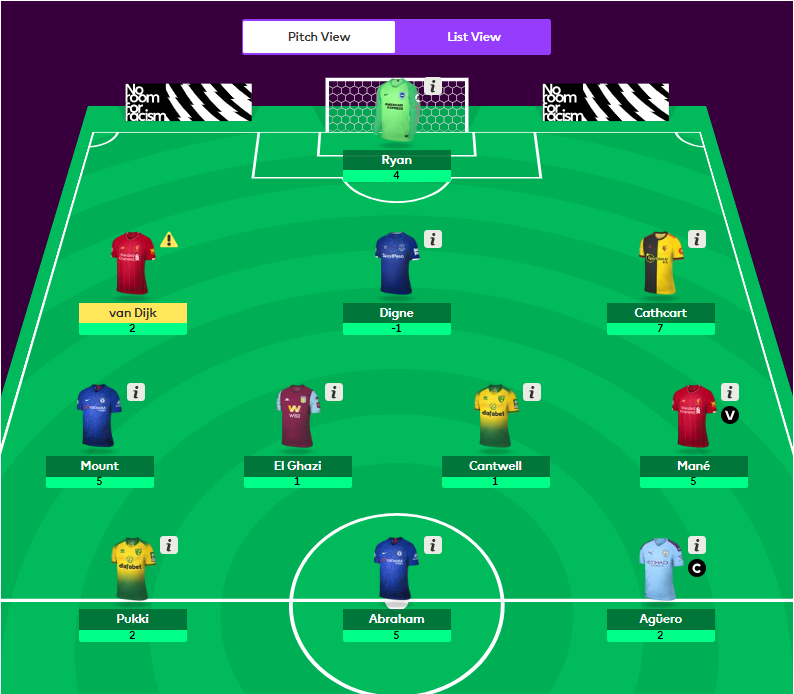 Ryan (4) earned us four points this game week, which is a solid result, considering our other goalkeeper, Pope, earned only one. While we did expect to see more from Ryan, four points are still good enough, seeing how Brighton conceded two goals against Everton this game week. All in all, Ryan made five save and earned two bonus points.

Van Dijk (2), Digne (-1) and Cathcart (7) earned us eight points, which is a slightly worse result compared to the GW 9. Van Dijk earned two points in Liverpool’s clash with Tottenham, where Klopp’s men suffered an early goal, which prevented van Dijk from claiming a clean sheet. Not really a result we were hoping for, but a result we have to accept. Digne earned minus one point due to an own goal he scored in Everton’s match with Brighton, which helped the home side in their 3:2 win. Last but not least, Cathcart impressed with seven points, which he earned with a spectacular performance in Watford’s meeting with Bournemouth. It’s also worth noting this was Cathcart’s best week to date, as he scored his season-high in points.

Mount (5), El Ghazi (1), Cantwell (1) and Mane (5) combined 12 points. At this point it’s worth noting we made a last-minute change, sending in Cantwell instead of Grealish, however, that decision did not have any effect on the final result, seeing how they both ended the game week with one point apiece. It’s also worth noting Cantwell played only 45 minutes against Manchester United, which is the main reason why he scored barely one point. El Ghazi suffered a similar fate, as he played for only six minutes against Man City, and with that earned only one point, which is his second-worst week of the season. Mount and Mane both earned five points with their performance, which we can’t be too sad about. While neither managed to score a goal, both produced an assist for their teams.

Pukki (2), Abraham (5) and Aguero (2) earned a total of nine points this game week, which is an upgrade compared to last week, but nothing to brag about. Pukki once more failed to score a goal, leaving us dry for five games in a row. Aguero on the other side played only 14 minutes in Man City’s clash with Aston Villa, which was not enough for him to produce a goal, meaning he is currently four consecutive matches without a single goal. Abraham earned us five points with an assist in Chelsea’s meeting with Burnley. While we did hope he would be more involved in the attack, he, unfortunately, failed to score his ninth goal of the season, leaving us with slightly underwhelming five points.

With that we conclude our Fantasy GW 10 recap, once again revealing how well (or how poorly) our fantasy team did last round. In total, we earned 33 points, which is still 16 below game week’s average and quite an unfortunate result. At this point we have come to peace with the fact we won’t be the most successful team this season, nor will we be even close to that feat. Nonetheless, there are still plenty of rounds ahead of us, and with that plenty of opportunities to assemble a strong team that will impress. Will we achieve that feat next game week or a week later is anyone’s guess, but we are sure to make some changes before game week 11 kicks off. 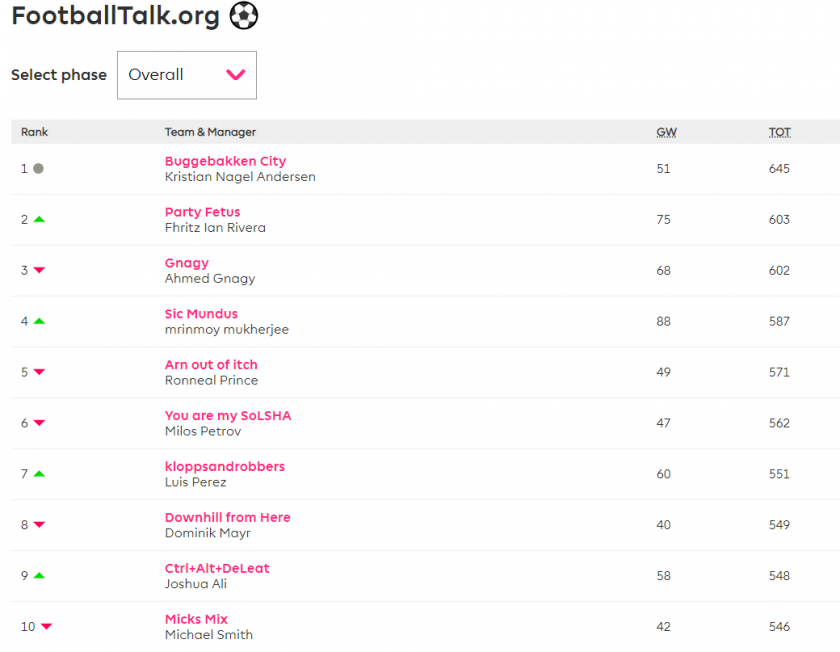 Buggebakken City still stand at the top of our EPL Fantasy League, while we have some changes in the Top 4. Party Fetus took the second position, while Sic Mundus had impressive 88 points (Well done!). Mrinmoy Mukherjee, the owner of Sic Mundus, had captained Vardy and got 40 points only from him.

That’s all for Fantasy EPL GW 10. The next round starts in 2 days, so we will tomorrow publish some EPL Fantasy Tips for GW 11.