Once again, Tottenham Hotspur find themselves at a crossroads. It’s difficult to see where the North London outfit end up, having parted ways with Nuno Espírito Santo so early in the season, and bringing in Antonio Conte, who has flattered to deceive so far. That is not necessarily down to Conte’s fault though, with the Italian having a track record of success wherever he has been — including trophies that emanated in the capital, with a Premier League and FA Cup at Chelsea. 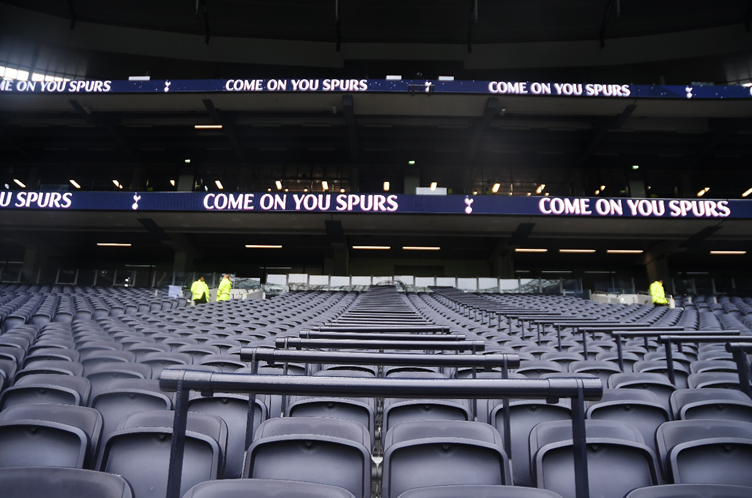 Indeed, this Spurs side are perhaps still victims of their underachievement under Mauricio Pochettino. When you put things into perspective, the period between 2015 and 2019 was the golden era at both White Hart Lane and the new Tottenham Hotspur Stadium. Despite so many memorable moments though, they finished trophyless. You’d have to go back as far as 2008, when Jonathan Woodgate’s goal won Spurs the League Cup against Chelsea, for the last time their trophy cabinet saw a new edition. And while Conte was appointed to end that drought, this is a squad in disarray that still looks miles off from competing for silverware in any capacity.

An away tie to Middlesbrough, a side who have turned their own tough fortunes around under Chris Wilder, would certainly not be routine, but Conte should have still had enough talent at his disposal to reach the quarter finals. Boro were riding the crest of a wave having dumped Manchester United out in the previous round on penalties, but judging by the Italian’s team selection, he set up with the intention of winning as early as possible.

Harry Kane, Dejan Kulusevski and Heung-min Son all started at the Riverside Stadium, but a resilient shift from Wilder’s well-orchestrated defensive unit sought out to frustrate the Premier League outfit — clearly trying to grab whatever they could on the break. With full time approaching, the odds for those who bet online were swinging in favour of the hosts, who threw more players forward and caused unrest amongst the Spurs backline, but squandered a number of chances late on including two free headers which realistically speaking, should have been converted.

Boro required penalties to squeeze past United in the last round but it was an unlikely source that provided a memorable winner in the 107th minute. Step forward 19-year-old Josh Coburn — with a fierce strike across Hugo Lloris to send the Riverside into disarray. It was a moment that will live with the young lad forever, regardless of how his career path pans out. And sets up another big day out for Wilder and co, as they take on Chelsea in the quarter finals, once again with home advantage on their side.

As for Spurs, you could see the energy physically drained from Conte after the full-time whistle. Try as he has — and we’ve seen his coaching mettle demonstrated sporadically throughout his tenure — he just can’t get the best out of this Spurs side. Plagued by inconsistency, and possessing far too many players that are surplus to requirements, much has to be done over the next few transfer windows to ensure that long trophyless run comes to an end — arguably something that is more important than finishing in the top four. But for now, the result is unacceptable.

“We have to reflect on our performance and on the game we played. These type of games, in these trophies away from home, you have to try to kill the game quickly.” Conte said. “Your opponent has to understand that the night will be difficult, instead we can do much better and in the end Middlesbrough deserved to go to the next round”