The much-awaited tournament finally kicked off a year later in a game that was not disappointing and made a historical moment for Italy who swept aside their Turkish opponents to claim their first three points. 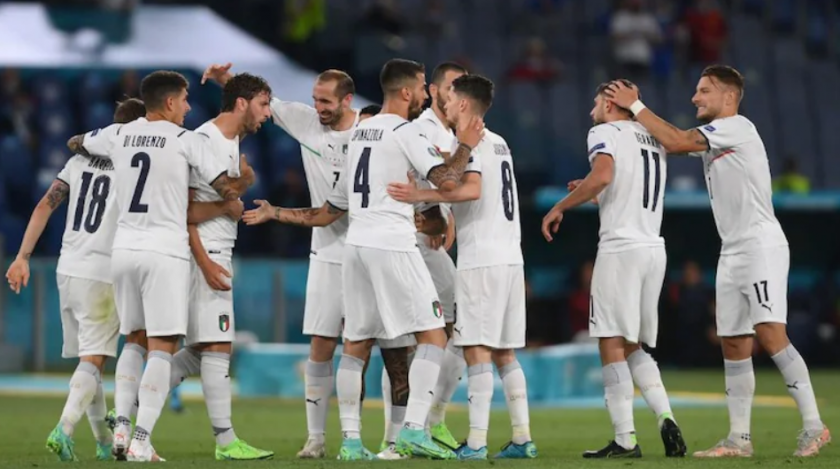 The dark horses of the tournament have been revealed- Italy, who seem like they will quietly go about their business this time round after failing to qualify for the 2018 World Cup.

Despite holding Italy to 0-0 at half time it was only going to be a matter of time before the deadlock was broken.

The Azzurri dominated possession and had many chances to take the lead but they could not break down the Red wall of Turkey.

One thing is for sure, Turkey are not afraid to go in for challenges, wearing their whole heart on their sleeve on and off the pitch. Yet sloppy play and lack of concentration would soon come to haunt them as Italy came out of the blocks in the second half and an unlucky own goal by Juventus midfielder Merih Demiral who couldn’t direct his body to clear the ball, eight minutes after the restart, gave the Italians the lead.

Starman Ciro Immobile took only 66 minutes to open his international scoring account by pouncing on a loose ball to make it 2-0. But Turkey had no answer and only managed one shot on goal.

Lorenzo Insigne then wrapped the game up with 11 minutes to go, curling in Italy’s third on the night.

Italy have now had their biggest ever win in a competition scoring more than two goals for the very first time in a European finals match and they did it all on home soil! They now go 28 games without defeat and nine games without conceding, so surely this puts them in good stead for the tournament.

The turning point of the match:

Having gone in 0-0 at halftime Italy struggled to break down Turkey despite playing some lovely football but it all unravelled after halftime and Italy managed to keep Turkey’s star man Burak Yilmaz away from their goal while scoring three themselves.

Turkey need to keep their discipline though as they look forward to games against Wales and Switzerland, looking to desperately pick up six out of six points to keep them in with a chance of getting out of the group stages.

Spinazzola was Italy’s most dangerous player in the first half, coming from deep on the left. He kept that up in the second half and created the second goal with his effort that the keeper could only parry to the feet of Immobile.

Roberto Mancini’s men kicked off a long awaited, year delayed, a tournament with a 3-0 win for Italy against Turkey and no doubt look favourites to top the group, although there is no doubt this tournament will bring with it many more twists and turns and there will be so much more to come!

Italy have now laid down a marker for the rest of the tournament and seem more than just dark horses against a less than impressive Turkish side and with depth on and off the pitch Italy are definitely a force to be reckoned with and now other teams no doubt will sit up and take note.

Roberto Mancini, Italy coach: “We played well. With it being the first match, it wasn’t easy and we were up against a good team. The crowd helped us, and it was crucial for us to move the ball quickly.”

Şenol Güneş, Turkey coach: “It was not our day. We started to lose the ball and couldn’t get forward. Italy were better – we lost to the better team. This is a tournament. We have two more games. We will prepare ourselves for the Wales game first.

The Azzurri made Turkey look like an average side, but this will surely make everybody take note of Italy who seem to be back with a vengeance and will want to go all the way and win this tournament with manager Roberto Mancini. But Turkey will learn from this and will surely be looking to show everybody how and why they qualified for this tournament in the first place.