The Champions League made its much-anticipated return this week as Europe’s elite teams began their journey through the knockout rounds to the top prize. In the first leg of last-16 ties so far, Paris Saint-Germain thrashed Barcelona 4-1, while Liverpool won 2-0 away from home against RB Leipzig. On Wednesday, FC Porto shocked Juventus and Borussia Dortmund claimed a 3-2 victory over Sevilla at Ramon Sanchez Pizjuan.

And there are some tasty last-16 ties to follow next week with Atletico Madrid taking on Chelsea, Lazio up against Bayern Munich, Atalanta drawn against Real Madrid and Manchester City locking horns with Borussia Monchengladbach.

Manchester City and the Champions League is not exactly a match made in heaven. For all the top dollar investment over a decade ago, Europe’s elite prize has somehow eluded the Cityzens. City are in their 11th consecutive season in the competition and have never got further than a semi-final appearance in 2015-16 when Manuel Pellegrini was at the helm.

Under Pep Guardiola, who twice won the Champions League as Barcelona head coach, Manchester City have constantly advanced into the knockout rounds but have never progressed beyond the quarter-final stage. Guardiola’s side swept away Real Madrid last season but were undone by Lyon in the quarter-finals. Last to last season, they were eliminated by Tottenham on away goals in the competition’s same juncture. 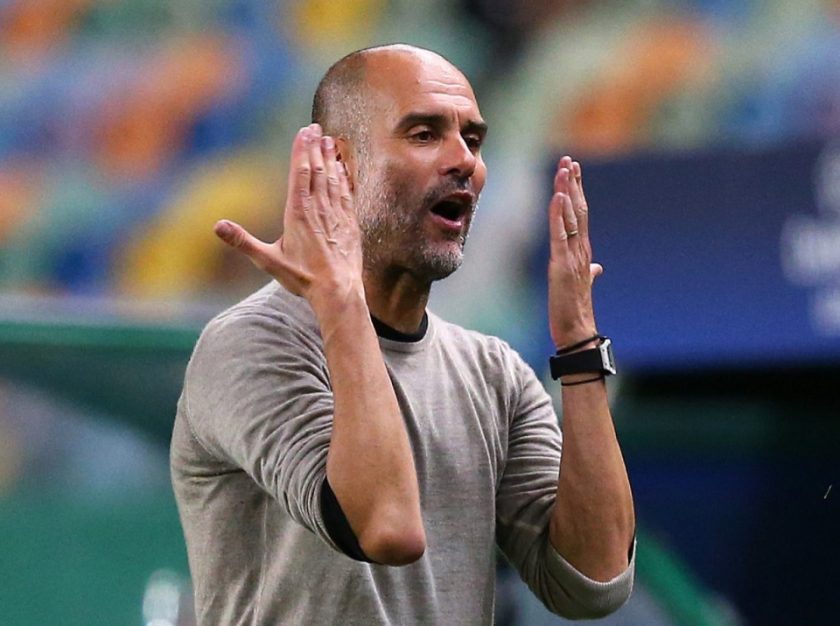 After winning everything available domestically with City, Guardiola will be desperate to get his icy hands on Europe’s most prestigious trophy once again. That being said, here are three reasons why the Spanish tactician can lead City to the Champions League glory this term.

Manchester City have improved defensively this season, with Guardiola’s side no longer making the kind of errors that cost them dearly last season and earlier in this campaign against Tottenham and Leicester City.

The summer signing of Ruben Dias has transformed City’s backline and the Portuguese international has formed a strong partnership with John Stones, who has enjoyed a resurgence in form. The duo of Stones and Dias has helped the Cityzens to the meanest defence in the league having shipped 15 goals in 24 games.

Kevin de Bruyne returned from injury in City’s 3-1 win over Everton on Wednesday, coming on as a second-half substitute at Goodison Park. He had missed City’s last seven outings after suffering an injury in last month’s win over Aston Villa but the midfielder’s return comes at a good time.

The Belgian is the beating heart of Guardiola’s City side, a player that is invaluable during transitions of play due to his ability to create spaces and play those defence-splitting passes. With 3 goals and 10 assists in 18 league games, De Bruyne has once again proved his worth in City colours. He’ll be raring to get his rhythm back as quickly as possible and become a difference-maker for the team.

It was going to be crucial for Guardiola and City that they don’t feel Sergio Aguero’s absence, and after the early parts of the campaign, it seems they have coped well.

In Aguero’s absence, Gabriel Jesus is enjoying a prolonged stay in the first team. Jesus has delivered the goods, with the striker ably supported by the likes of Raheem Sterling, Phil Foden and Riyad Mahrez—the trio have contributed to 27 goals across all competitions.

Right now, Ilkay Gundogan is arguably the most in-form player in the Premier League, scoring goals for fun. He has netted 13 across all competitions, including 11 league goals in his last 12 outings for the Cityzens. Bernardo Silva has had an impact as well, while defenders John Stones and Joao Cancelo have chipped in with three and two goals each.

The different source of goals makes City a different animal altogether and it’ll take something special to stop them in Europe.