Barcelona, Manchester United, Chelsea, Dortmund, Sevilla and PSG have found themselves on the winning end on Matchday 2 of UEFA Champions League.

Krasnodar vs Chelsea (0-4): Ziyech scores his debut goal as the Blues rout Krasnodar.

The first quarter of the game was boisterous, with the hosts forcing a save from Edouard Mendy and Jorginho missing a penalty to put his side ahead. Even after the first goal from Callum Hudson-Odoi, Chelsea looked unsettled for the larger part. However, Timo Werner’s penalty in the final quarter, which followed by goals from Hakim Ziyech and Christian Pulisic crushed the hopes of the Russian outfit.

Sevilla have produced a narrow win against Rennes, with Luuk de Jong scoring the only goal of the game. The victory meant the first one for the last season’s Europa League winners while Rennes are yet to make their mark in their first season of UCL.

Borussia Dortmund has registered their first win in the Champions League against Zenit. Dortmund’s chances went begging for most of the game but it was only until 78th minute when Jadon Sancho broke the deadlock from the penalty spot. As it is difficult to keep Erling Haaland out of the game, the Norwegian bagged the second goal of the night in the injury time to help Dortmund bounce back from their defeat against Lazio last week.

The odds had been stacked up against Lazio after it was revealed that any of Ciro Immobile, Luis Alberto wouldn’t be playing due to the reported COVID-19 fears. Nonetheless, Lazio have picked up an away draw against Brugge. Joaquin Correa scored the first goal for Lazio before it was equalized by Brugge, following a penalty awarded by VAR. 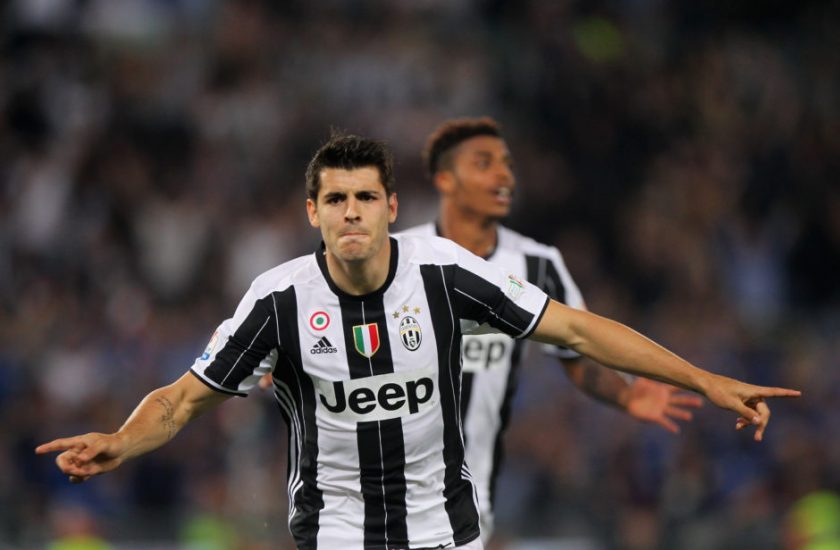 Barcelona versus Juventus marked the heavyweight clash of the night, with the former one edging out as the winners. An early goal from Ousmane Dembele – took a big deflection on its way – and a penalty from Lionel Messi in injury time sealed the win for the visitors. Alvaro Morata also became the first player to see his three goals disallowed by VAR due to offside.

Ferencvaros vs Dynamo Kyiv (2-2): Ferencvaros come from behind to pick up a draw

Ferencvaros have drawn against Dynamo Kyiv after a late goal from Boli. Kyiv opened the account with a penalty from Victor Tysgankov and they doubled the lead before the half time. However, the hosts responded with two goals in the second half, with the equalizer coming at the stroke of the regular time.

PSG register their first win after defeating Istanbul Basaksehir 2-0. Moise Kean continued his brilliant form as he completed his second brace in the space of less than a week. The Turkish club looked threatening at times but couldn’t get past Keylor Navas.

Manchester United are looking unstoppable in the Champions League as they have produced another emphatic win. Mason Greenwood opened the scoring after an assist from Paul Pogba and a hat-trick of goals from Marcus Rashford alongside a penalty from Anthony Martial sealed the win for the Red Devils. Julian Nagelsmann is the second German manager following Thomas Tuchel to become the victim of Ole Gunnar Solskjaer.