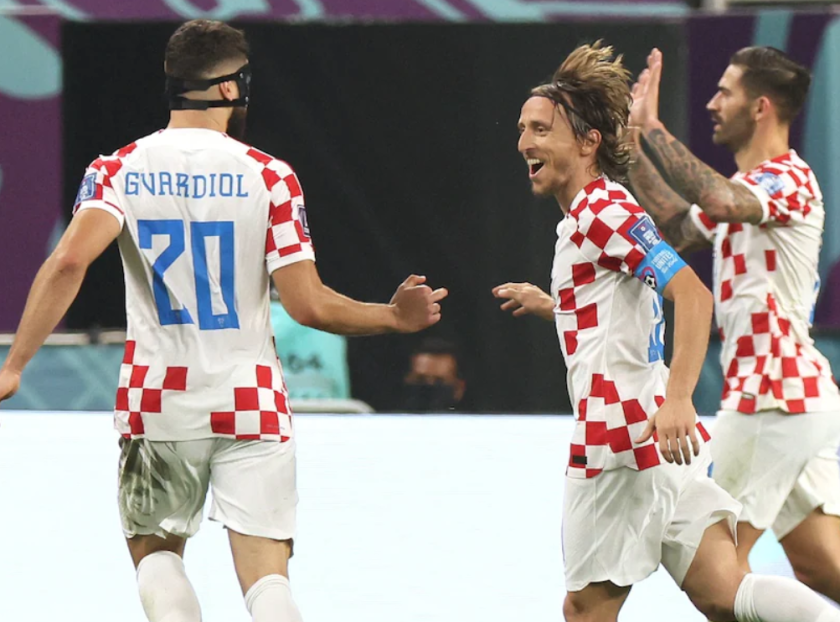 On the eve of the great World Cup final between France and Argentina, the duel between Morocco and Croatia aroused interest for third place, due to the importance of the result for both teams.

Morocco entered the field without the presence of Mazraoui, Aguerd and Saiss, fulfilling the expectations in relation to the absences. In midfield, Amallah and Ounahi on the bench were the novelties. As for the big highlight, Khannouss, an 18-year-old midfielder, made his senior international debut.

On the other side, Croatia also came in with changes. Sutalo made his World Cup debut, this being the possible duo with Gvardial for the national team’s future. Majer, Orsic and Stanisic also received chances in the first team.

Third-place matches at World Cups are usually busier compared to knockout games, due to the less nervousness of the players involved after semi-final eliminations.

Croatia took advantage of Morocco’s anxiety and a lack of consistency in the defensive system to open the scoring, with Gvaardiol, one of this World Cup’s most exciting youngsters, playing a neat through ball.

Morocco then took advantage of the space in the box and it was easy for Dari to equalise with a header from the edge of the box.

Croatia still had more control of possession, more shots and more danger for much of the first half, but Morocco tactically reorganised and built up a number of dangerous chances from the right.

However, Croatia still managed to end the first half on a high thanks to Orsic’s wonder strike, which was expertly tipped into the corner by the goalkeeper.

In the second half, the intensity dropped considerably due to the evident physical exhaustion of both teams in this World Cup. There were no real chances, only injuries, fouls and complaints with the referee.

The situation of the match favoured Croatia the most. In advantage, the Croatians controlled possession more without many vertical passes, working with the game clock. Morocco tried to exert more pressure in stoppage time, but the result was the Croatian presence on the podium.

Third place in all sports deserves great appreciation. Croatia closes this World Cup with another great result and definitely confirms its place in the elite of world team football. Morocco’s fourth place is also commendable, with a historic result for African football.