In December 2020, a report from BBC had claimed that Ligue 1 giants Paris Saint-Germain were interested in making another attempt to sign Tottenham midfielder Dele Alli on loan in January. 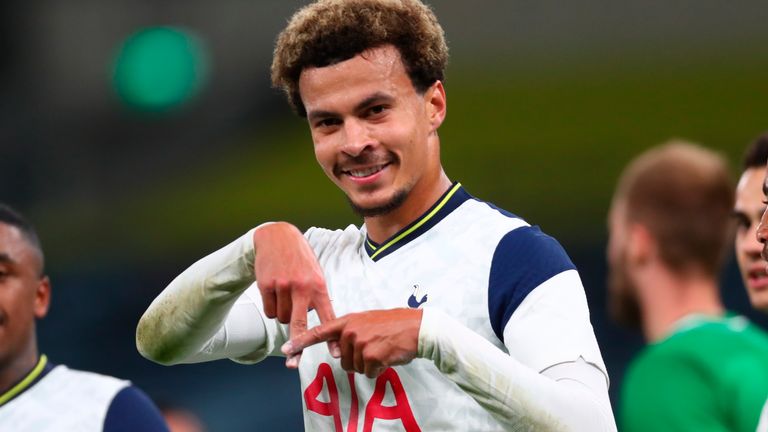 Paris Saint-Germain have appointed Mauricio Pochettino as their new head coach after sacking Thomas Tuchel. The Ligue 1 club reached the Champions League final last season under Tuchel but poor results in the league this ongoing campaign has seen the German tactician lose his job.

Pochettino’s immediate task will be to bring smiles back on his players’ faces and get the fantastic front three of Neymar, Angel di Maria and Kylian Mbappe firing again. He’ll look to achieve stability at the club, whose primary objective remains winning the Champions League trophy.

Even though he has a top squad to work with, the newly-appointed PSG chief shouldn’t let go of the chance to bolster his squad during the January transfer window. One player whose name is doing the rounds in the rumour mill following Pochettino’s appointment is Dele Alli.

And rightly so; Alli, 24, was signed by Tottenham as an 18-year-old teenager under then manager Pochettino. In each of his first two campaigns in North London, he was voted the PFA Young Player of the Year and made the PFA Team of the Year. In his five-and-a-half-year stay at Tottenham, Pochettino did manage to get the best out of Alli, who simply became indispensable to the squad.

However, Alli has been struggling for regular game time under Jose Mourinho this season. Other midfield options such as Tanguy Ndombele, Giovani Lo Celso and Pierre-Emile Hojbjerg are favoured ahead of him by Mourinho. The Englishman has been publicly criticised by the Spurs boss, most recently in the Carabao Cup quarter-final victory over Stoke City when he lost the ball in the build-up to Stoke City’s goal and was eventually substituted.

The 24-year-old midfielder has played only four times in the Premier League so far this season, with his appearances mostly limited to the EFL Cup and the Europa League. He is yet to start a league game and was an unused substitute in Spurs’ 3-0 home win over Leeds United at the weekend.

Lack of form and injuries over the last two years has also seen Alli lose his place in England’s starting XI, with the likes of Mason Mount, James Maddison, Jack Grealish and Harry Winks favoured ahead of him by manager Gareth Southgate. For Alli to earn his place in Tottenham and England squads is going to take some turnaround.

Mourinho has barely picked the England international and continually lambasted him in public. This has resulted in Alli losing a lot of confidence and the only way—as it looks like—to regain it would be a change in scenery. The chance for Alli to play regularly at PSG, link up with his old manager and also make a push for England’s squad for the Euros should definitely appeal.

For all parties concerned, it’s better if Alli gets a loan move to PSG until the end of the season. However, it remains to be seen if he gets the move, as Sky Sports report how Spurs are keen to keep hold of the midfielder, despite his lack of opportunities.