Back during the January transfer window, West Ham were interested in signing FC Copenhagen striker Jonas Wind. However, a deal didn’t materialise and he stayed put at the club. It was claimed then that West Ham have a long-standing interest in the 22-year-old and would prefer to do a deal in the summer. 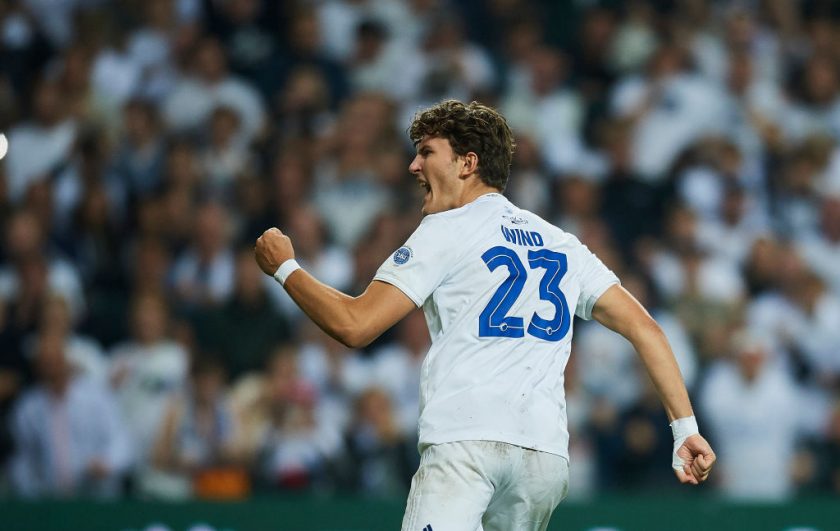 A youth product of FC Copenhagen, Jonas Wind, 22, has established himself as a crucial player for the club for the last 18 months. The forward missed almost the entire last season with a knee injury that limited him to just 19 games, in which he had netted 10 goals and supplied four assists.

The Denmark international has been in sublime form this campaign, firing 13 goals and four assists in 20 games across all competitions. Despite Wind being in top form, FC Copenhagen have struggled this season and currently find themselves fourth in the Danish Superliga.

Meanwhile, West Ham are currently seventh on the Premier League table with 45 points. They are enjoying a solid season under David Moyes and have ambitions to finish in the top four. The Hammers, after narrowly beating relegation last season, have shown signs of progress this term and Moyes deserves a lot of admiration for turning around the club’s fortunes.

Moyes has fostered good team spirit and changed the mentality of the group to some extent. And West Ham winning 13 league games this season—three more than they managed all last season—is a testament to the Scotsman’s good work that keeps the Hammers well within reach of European football.

West Ham must back David Moyes during the summer transfer window

One of the positives under Moyes’ management has been the recruitment of players. Moyes has got his signings absolutely spot on, with the likes of Vladimir Coufal, Tomas Soucek, Craig Dawson and Jesse Lingard impressing in a very short span of time at the London Stadium.

Having seen the new signings seamlessly adjust to the manager’s different systems and perform consistently well, West Ham should back Moyes during the summer transfer window. Certainly, there is a lot of room for improvement in some areas of the pitch and those gaping holes could only be filled with quality additions.

West Ham should reignite their interest in Jonas Wind

One of West Ham’s priorities in the summer should be to fill the void vacated by Sebastien Haller’s departure. The sale of Haller to Ajax in January has left a major gap in the squad that needs addressing.

Michail Antonio is the only specialist striker remaining in the West Ham ranks but Moyes cannot rely on him due to his struggles with injuries over the last few years. Also with Antonio set to turn 31 later this month, signing a striker stands as an absolute must for the Hammers. In that regard, the east Londoners should revive their interest in Jonas Wind.

Wind has all the makings of developing into a top No.9 and has already shown glimpses of his brilliance both at the club and international level. The Dane is 6ft 3ins tall, yet very mobile and technically good.

Blessed with pace, power and physicality, the 22-year-old has the necessary tools in his game to taste success in the Premier League. Wind has not only shown that he can repeatedly score goals if given the opportunity but also chip in with handy assists.

At 22, the Denmark international could turn out to be an excellent long-term investment for West Ham. Thus, the Hammers must go all out for Wind in the summer.