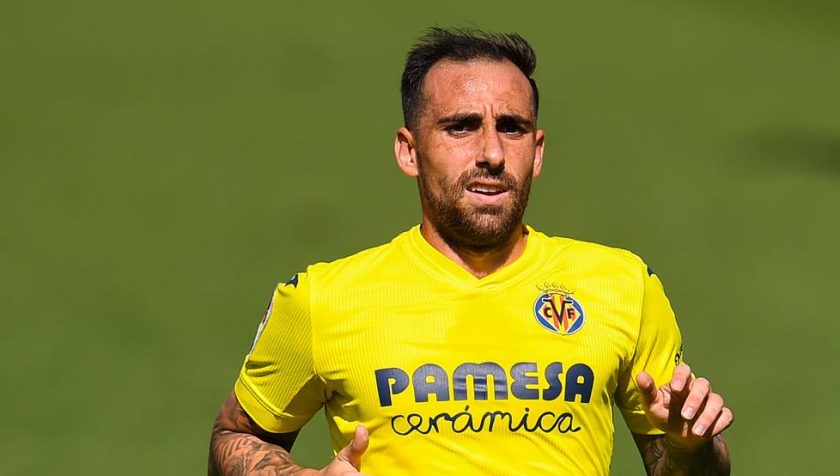 Paco Alcacer, 27, only joined Villarreal last year from Borussia Dortmund, becoming the Spanish club’s most expensive signing ever in the process at €25 million. He managed only four goals in 13 league appearances in his debut season with Villarreal after arriving in January 2020. The Spaniard started the 2020/21 campaign strongly with five goals and two assists in the opening nine LaLiga games. However, injuries scuppered his progress at the back end of last year, and he has failed to regain his lost mojo since returning.

The 27-year-old is contracted to Villarreal until 2025, so the LaLiga club are not in a hurry to part ways with him. However, it is believed that Unai Emery’s Villarreal will be ready to listen to offers starting at €25m this summer.

Meanwhile, West Ham have enjoyed a solid season under the management of David Moyes and have a real chance of finishing in the top four. They are currently fifth in the table having accumulated the same number of points as that of fourth-place Chelsea after 32 games. It is still not certain the Hammers will play Champions League football next season, but to be involved in the race for a top-four finish is in itself an achievement for David Moyes and his team.

West Ham are in desperate need of attacking reinforcements

West Ham sold Sebastien Haller to Ajax in a £20m deal during the January transfer window but decided to not replace him. Despite not signing a replacement, the east London club have not at all struggled scoring goals.

Jesse Lingard, signed on loan from Manchester United in January, has made a massive difference to the Hammers’ attack with his speed, energy, work rate and movement. The England international has proven his critics wrong with nine goals and four assists in 10 games to date. His link up with the likes of Jarrod Bowen, Pablo Fornals and Michail Antonio in the final third of the pitch has been a treat to watch for the London Stadium faithful.

Even though the goals have flown for West Ham, one cannot ignore the fact that Moyes has only have Michail Antonio as an out-and-out centre-forward in his attacking ranks. Antonio, 30, has been plagued with hamstring injuries over the last few years, and is currently out sidelined with a knock picked up in West Ham’s 3-2 victory over Wolves. With the 30-year-old not proving to be a reliable option for the Hammers, Moyes must make it a number one priority to sign a striker in the summer.

Paco Alcacer could be a decent option up front

In that regard, Paco Alcacer would be a sensible option to consider for West Ham.

Alcacer is proven at playing at the very highest level for a sustained period of time, representing top clubs like Valencia, Barcelona, Borussia Dortmund and Villarreal, and he would undoubtedly bolster West Ham’s forward department. He also has a fantastic record for the Spanish national team, with 12 goals scored in just 19 games.

The Spaniard is an excellent finisher and has the ability to stretch the opposition defences with untiring runs into channels. He would bring a totally different spark to West Ham’s attacking play with his movement and experience in and around the box. Even if he’s not scored goals regularly for Villarreal, Alcacer at around €25m could be worth the punt for Moyes’ West Ham.