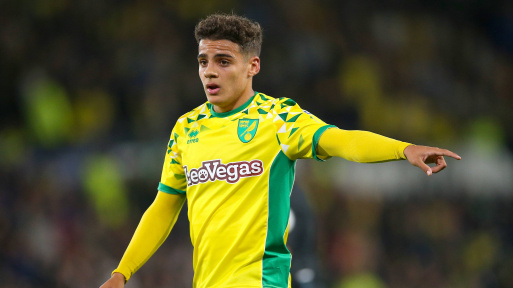 Max Aarons, 21, stayed at Carrow Road last summer following relegation from the Premier League and has helped the club earn a promotion at the first time of asking. The England under-21 international, one of the exciting young prospects in the country, has made 42 appearances in the Championship, scoring a goal.

Even though the defender is contracted to Norwich City until 2024, Daniel Farke’s side are resigned to losing Aarons in the summer. Aarons, having been a consistent performer for Norwich City since breaking into the first team under Farke, is certainly now ready to make the step up to a bigger club. Everton are interested in signing the Norwich City star in the summer, and there have been advanced negotiations between the two clubs, Romano adds.

Everton must sign a long-term replacement for Seamus Coleman

Everton have shown signs of progress under Carlo Ancelotti, as they aim to achieve a spot in Europe next season. However, the Toffees haven’t been that convincing defensively, conceding 40 goals in 31 games in the process. One of the problems that has frustrated Ancelotti throughout the season is the lack of quality and depth in the right-back position.

Seamus Coleman has been a great servant for Everton, captaining the club for many seasons and clocking 293 Premier League appearances so far. However, the Republic of Ireland international hasn’t managed to keep his fitness intact since suffering a broken leg in a World Cup qualifier against Wales following a dangerous tackle by Neil Taylor in 2017. He has endured another injury-hit campaign at Goodison Park, playing just 19 league games.

In Coleman’s absence, Ancelotti has used Ben Godfrey at right-back and the Englishman has done well even though his primary position is at central defence. With lack of options at right-back and Coleman plagued set to turn 33 in October, it is high time the Toffees must consider signing a long-term replacement for the Republic of Ireland international.

Max Aarons would be a brilliant addition to the Everton backline

A warrior and a real leader, Coleman can still be an influential figure in the Everton dressing room. So, Ancelotti must keep the 32-year-old in his squad at any cost. However, the defender’s game time needs to be managed well from next campaign, which can only be done by bringing in a new right-back.

In that regard, Max Aarons would fit the bill perfectly at Goodison Park. Aarons has been one of the stars in Championship football this season, performing admirably well for Norwich City. He has once again proved an effective outlet down the right-hand side of the Canaries’ defence, registering a goal and four assists in 42 appearances.

Speedy, agile and industrious with a good technique on the ball, the 21-year-old has all the right attributes to succeed at a big club like Everton. Aarons could be Coleman’s ideal long-term replacement and solve the Toffees’ right-back conundrum for the best part of the next decade. The Englishman has a very high potential and can certainly unlock it under a world-class manager like Carlo Ancelotti.

Thus, Everton must not hesitate to meet Norwich’s demands and strike a deal for Aarons as quickly as possible. Earlier, Aston Villa also showed their interest to sign Max Aarons.