Crystal Palace centre-back Mamadou Sakho is set to leave the club at the end of the season. 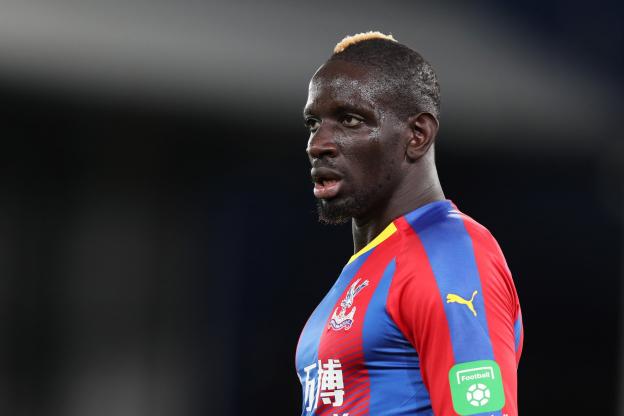 The Frenchman, 31, is one of 11 Crystal Palace players out of contract in the summer. He has endured another injury-hit campaign with the Eagles, managing just four Premier League appearances. The defender has been out injured since hobbling off at half time in the 1-0 FA Cup defeat to Wolves in early January but has recently returned to training.

However, it seems the ship has sailed for Mamadou Sakho to try and earn himself a contract extension at Selhurst Park, with Crystal Palace keen to move him on at the end of the 2020/21 campaign when his deal expires.

Where it has gone wrong for Mamadou Sakho at Selhurst Park?

Sakho joined Crystal Palace in a £26m deal from Liverpool in 2017 after initially impressing on loan. Prior to his arrival in south London, the centre-back had made 80 appearances across all competitions for Liverpool but was surplus to requirements at the club after falling out of favour under manager Jurgen Klopp.

The Frenchman’s signing initially looked like a smart piece of business from Crystal Palace as he made 20 appearances in his full debut campaign, scoring a goal. He was the leader of the Palace backline in the 2018/19 campaign, clocking 27 league appearances. However, it has been all downhill since then for the 31-year-old, whose last 18-20 months at Selhurst Park has been severely disrupted by injuries.

In the last season, Sakho featured in a paltry 14 league games, with the defender suffering from knocks, meniscal injury and thigh muscle strain. Things have gone from bad to worse for the former France international as he has played just 275 minutes across four games for the Eagles this campaign.

Should Crystal Palace rethink and offer Sakho a contract extension?

Since joining the south Londoners from Liverpool back in 2017, Sakho has made only 75 Premier League appearances. That is very less in four-and-a-half seasons for a player who had arrived at Selhurst Park with a lot of fanfare.

Roy Hodgson’s Palace have been without Sakho for the majority part of the campaign as he continues to struggle with injuries that hasn’t allowed him to play regularly over the last couple of years. In Sakho’s injury absence, Hodgson has used Cheikhou Kouyate at centre-back and the Senegalese international has impressed in his new position.

Clearly, the signing of Sakho hasn’t worked well for Palace. He has struggled to keep himself fit and be available for selection on regular occasions. The French centre-half is one of the highest-paid players at the club and earns in excess of £100,000 a week. Also, he is on the wrong side of 30 and has already lost a yard of pace or two due to recurrent thigh and knee issues.

Considering the amount Palace have spent on Sakho in terms of transfer fees and wages, he has been a disastrous signing—one that the south London club would want to forget. The Eagles have an ageing squad and must invest in younger and hungrier talents with huge potential, as they are likely to enter the post-Hodgson phase.

All in all, Palace must let Sakho leave on a free transfer in June as it doesn’t make any sense in handing him a contract extension.