Burnley are preparing a summer swoop for midfielder Nabil Bentaleb after he’s been relegated with Schalke. 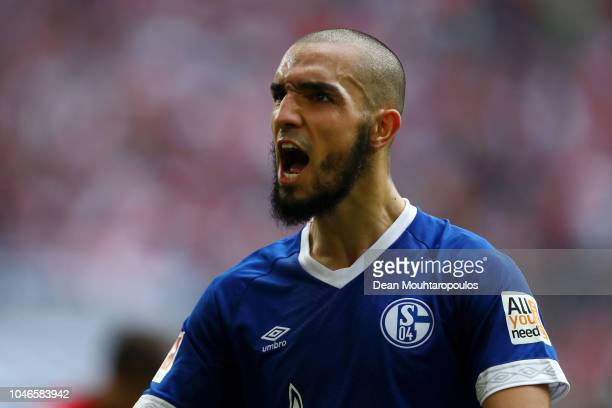 A product of Tottenham Hotspur academy, Nabil Bentaleb, 26, made 66 appearances for the north London club before joining Schalke in 2016. He had a loan spell to Newcastle United last season, making 15 appearances. The Algerian international has endured an injury-hit campaign before being left out for disciplinary reasons, meaning he’s managed just 10 appearances with the German club.

Bentaleb is out of contract in July at Schalke, who have been relegated from the Bundesliga after 30 years. The 26-year-old midfielder’s potential free agency status has also caught the attention of Greek giants Olympiakos.

Meanwhile, Burnley are currently six points above the drop zone having played a game less than 18-place Fulham. The Clarets have lost three consecutive Premier League games with the latest coming to Manchester United at Old Trafford. They haven’t had the best of seasons but Sean Dyche will be hopeful of his club retaining top-flight status for a sixth consecutive campaign.

Burnley’s lack of quality in the central midfield department

The Lancashire-based outfit are one of the lowest scorers in the division having managed just 26 goals in 32 games, with seven of them coming from striker Chris Wood. Injury problems to Ashley Barnes has been one of the chief reasons for Burnley’s lack of productivity, but one cannot ignore their lack of proper service from central midfield players.

Dyche has just five central midfielders at his disposal in Josh Brownhill, Jack Cork, Ashley Westwood, Dale Stephens and Josh Benson. Cork and Stephens will turn 32 in June, with the former missing most of the season with a foot injury. Cork’s injury left him out on the sidelines for three months, limiting him to just 10 league appearances to date.

Young Josh Benson has made just six league appearances in what is his breakthrough campaign at Turf Moor. While Brownhill and Westwood have been a regular fixture in Burnley’s starting XI, Sean Dyche should make bolstering the central midfield area one of his top priorities this summer. Given Cork and Stephens have entered their 30’s, it is going to be a difficult task to cope with limited options in hand next term.

Nabil Bentaleb would fit the bill perfectly at Turf Moor

In that regard, Schalke’s Nabil Bentaleb would be a sensible option as he fits the bill perfectly and his addition would allow Sean Dyche to have an extra option in the central midfield area, helping him in the rotation policy.

Bentaleb has made close to 190 appearances in his club career, representing teams like Tottenham, Schalke and Newcastle United. A player with the Algerian international’s passing skills, tenacity and experience would certainly make a difference for Dyche’s Clarets. He is smart when it comes to breaking up opposition’s play and circulating possession, which should make him an instant upgrade on Cork.

The former Tottenham midfielder has the right attributes to fit into Burnley’s style of football and a manager like Dyche could help Bentaleb revive his stuttering career. On a potential free transfer, he would be a smart addition to Burnley’s midfield ranks.