Tottenham Hotspur have initiated talks with Southampton for the signing of defender Jannik Vestergaard. 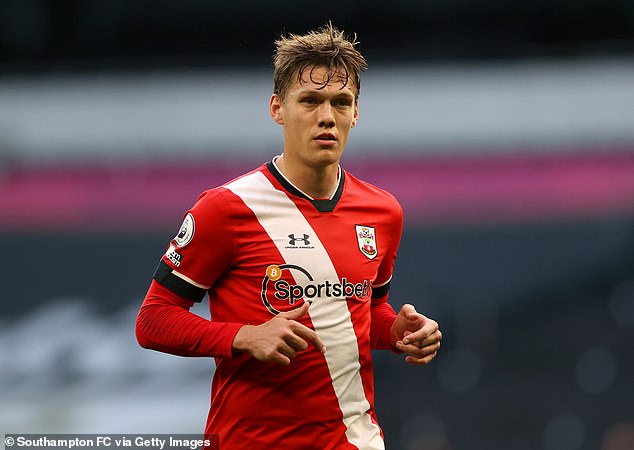 Jannik Vestergaard, 28, has entered the last year of his contract with Southampton and after a largely solid last season in the Premier League, he’s likely to leave the Saints. The centre-back has gradually grown into a key player for the Saints, netting four goals in 79 appearances to date.

The 28-year-old has played a key role in Denmark’s remarkable run to the Euro 2020 semi-finals, where Kasper Hjulmand’s side are slated to play England at the Wembley Stadium on Wednesday. Any deal for Vestergaard is likely to happen after his commitments with Denmark are done.

Nuno Espirito Santo has recently taken over the reins at Tottenham Hotspur, replacing Jose Mourinho. The Portuguese tactician and newly-appointed sporting director Fabio Paratici are believed to be on the hunt for signings to reinforce his backline as a priority in the summer transfer window.

Tottenham finished seventh on the Premier League table last season, missing out on the Champions League for the second successive year. However, they will be participating in the inaugural UEFA Conference League. The newly-formed UEFA Conference League isn’t the most glamorous of tournaments but it does offer European football for Nuno and Spurs.

The new competition takes place on a Thursday night, meaning the Lilywhites will once again face a lot of Sunday football throughout the 2021/22 Premier League season, provided they proceed for the group stage. Thus, to tackle the rigours of next season, Spurs must beef up their squad.

Tottenham shipped 45 goals during the entire 2020/21 league campaign. Considering the defensive options they currently have, Nuno is apparently not satisfied and wants to before the new season commences.

Eric Dier and Davinson Sanchez have mistakes written in them. Toby Alderweireld’s form has noticeably dipped in the last two years and he remains keen on leaving the White Hart Lane this summer.

Joe Rodon, who arrived from Championship side Swansea City, didn’t get a lot of opportunities to showcase his talent. However, the Welshman needs time to adapt to the hustle and bustle of Premier League football.

Also, having sold Juan Foyth to Villarreal last month, Spurs aren’t left with many central defensive options. To that end, it is easy to see why the Lilywhites completing a swoop for Jannik Vestergaard in the summer would freshen up their backline options with some much-needed quality and experience.

Vestergaard was a standout performer for Ralph Hasenhuttl’s Southampton last term and has carried his fine form into the European Championships.

Standing at 6ft 6ins tall, the big Dane’s presence could make a big difference in Tottenham’s defence. In addition to being commanding in the air, the 28-year-old is a good passer and often likes venturing forward with the ball before making an incisive pass. He lacks pace, but the centre-back makes it up with his contributions aerially at both ends of the pitch.

Nuno adopted a back-three system at his former club Wolves and there are chances of him doing the same at Spurs. Should that be the case, Vestergaard can slot well in a three-man backline, as demonstrated by his performances for Denmark in the ongoing Euro 2020.

All in all, an experienced defender in Vestergaard could play a big role in steadying Tottenham’s defence next season.