Hugo Lloris has been a wonderful player for Tottenham Hotspur. He has been the Lillywhites’ number one choice between the sticks for almost a decade now. But, he will turn 35 this year and Spurs have identified the fact that they need to bring in his replacement. 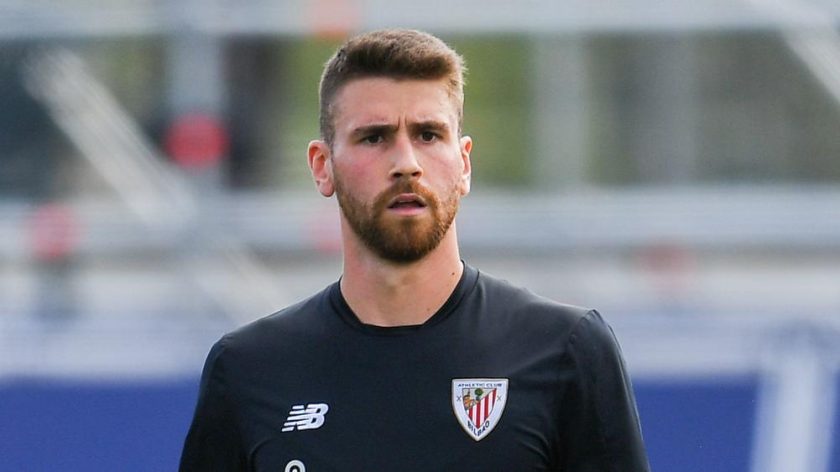 As per the Spanish outlet Marca, Tottenham are looking at Atheltic Club’s Unai Simon to fill in Hugo Lloris’ shoes. The Frenchman will turn 35 in December and the sooner his replacement is brought in, the better. Sport understands that Simon’s consistent performances at the San Mames has made the North Londoners interested in him.

Simon, 24, has established himself as one of the best goalkeepers in his short career thus far. In fact, he has pipped David De Gea to become Luis Enrique’s preferred starter between the sticks, for Spain. For Athletic Club, he has made 99 appearances in the La Liga and will make his 100th appearance against Barcelona at Camp Nou, this Sunday.

While Spurs may be interested in signing the Spaniard, it is highly unlikely that Simon would want to leave San Mames. There is no release clause in his current contract, which runs until 2025. But, he has made a series of statements in the past, which only confirm his loyalty to Bilbao. He has already stated that he will stay at the club for as long as he is required.

“As long as Athletic want me here, I’ll stay”,

“I owe the life I have to Athletic and I want to pay them back the best way I can, which is by defending the goal at San Mames in every game.”

Currently, the chances of Spurs signing Simon look bleak, especially with the player inclined towards staying at the San Mames. Even if Bilbao decide to cash in on Simon, a hefty sum would be required to land the number one of Spain.

Spurs already have a replacement for Lloris in their ranks

Last summer Spurs signed Pierluigi Gollini on loan from Atalanta on a loan deal, with the option to extend the loan duration for another season. Moreover, if Gollini plays 20 games for Spurs, the buy option for him will be activated at £12.9 million. It is likely that Spurs intend to buy the Italian goalkeeper, with the keeper already having played 10 games this season. However, none of his 10 appearances have come in the Premier League.

Spurs have got a transfer problem

Spurs have got a transfer headache coming up. The club is currently in a state of crisis, especially with Antonio Conte’s recent comments. The former Inter Milan manager was critical of the Spurs ideology after his side’s 1-0 defeat to Burnley.

This club has changed coaches, but the players are always the same, and the results have not changed.

“I cannot accept continuing to lose.”

It is unlikely that Spurs will sack Antonio Conte despite his side losing four out of their last five. Having said that, if they are to sign any marquee players for next season, European football is a must. Spurs are currently seven points adrift from fourth-placed Manchester United but have got two games in hand.