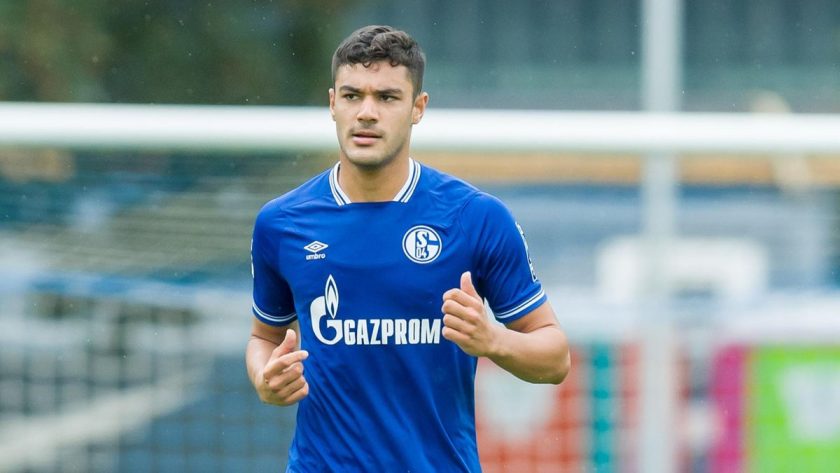 The Magpies came very close to sealing a loan-to-buy-deal for Ozan Kabak in January before Liverpool came in at the last minute and signed him, as Jurgen Klopp wanted defensive cover following an injury crisis.

The Turkish centre-back, 21, showed promise and quality after a slow start to life at Anfield, helping Jurgen Klopp’s side recover from a poor first half of the season to clinching a third-placed finish on the final day.

He formed a strong partnership with Nat Phillips at the heart of the Liverpool defence, earning several plaudits, including Klopp himself. Kabak made 13 appearances across all competitions for the Reds; however, the Merseyside club have not opted to trigger the £20M transfer fee included in his January loan deal.

This has seen Kabak return back to his parent club Schalke, who were relegated from the Bundesliga at the end of last season. And Schalke sporting director Rouven Schrode expects the young centre-half to be sold after the club lost its top-flight status.

Schalke are unable to afford Kabak on a reduced budget next season and need to sell. And while he remains on Newcastle United’s shortlist, the German side will have to lower the £18m price tag to attract Steve Bruce and his club into making another move.

Newcastle must improve their defensive record next season

Steve Bruce has to be very smart with his signings as Newcastle are operating on a tight budget in this transfer window. One way of boosting the transfer kitty is by moving players out, with the Magpies having already allowed Henri Saivet and Christian Atsu to run down their contracts and leave this summer.

One area Bruce must prioritise reinforcing this summer is his defence, which shipped in 62 goals in 38 games last term. Centre-backs like Federico Fernandez and Ciaran Clark are in their thirties, while Jamaal Lascelles has struggled with fitness in recent years.

Switzerland international Fabian Schar managed only 18 Premier League games last season due to injury problems. Paul Dummett remains a reliable squad player at best for the Magpies, and even though Florian Lejeune returns to Tyneside this summer, the club is potentially open to offers for the French defender.

With problems running aplenty within Newcastle’s defensive ranks, it is vital for Bruce to get rid of a couple of ageing centre-backs from his squad and replace them with younger talents with high potential.

Should the Magpies make a move for Ozan Kabak?

Ozan Kabak’s addition would give a boost to the Newcastle backline that was all over the place for the majority part of the 2020/21 campaign.

The young Turk did well at Liverpool and earned decent Premier League experience that could potentially come in handy for Bruce’s side. At 21, he is nowhere near the finished article but there’s still plenty of time on his side to iron out the flaws in his game and fulfill his massive potential.

Signing Kabak would help the Toon Army add some much-needed stability and youthful vigour to their ageing rearguard. Newcastle definitely need to freshen up their defensive unit during this transfer window and a potential deal for Kabak could work wonders for Bruce and co. moving forward.