Newly-promoted Norwich City have launched a transfer swoop for Real Betis midfielder William Carvalho as Daniel Farke looks to give finishing touches to his squad. 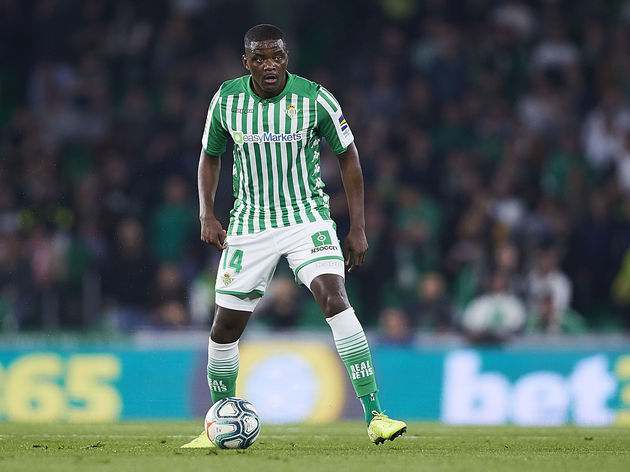 The Canaries have signed no less than nine players in the summer transfer window, including turning Ben Gibson’s loan move permanently from Burnley. However, they have had the worst start possible to their return to the Premier League with back-to-back big defeats to Liverpool and Manchester City.

Norwich City manager Daniel Farke is in search of a central defender and central midfielder before the transfer window slams shut. As far as options in midfield are concerned, William Carvalho has emerged as a target for the Norfolk club in the last couple of days.

William Carvalho, 29, has been with Real Betis since 2018 when he arrived from Sporting Lisbon after the 2018 World Cup in Russia. The Portuguese international made 27 appearances last season, scoring twice and supplying three assists as Manuel Pellegrini’s Betis finished sixth on the LaLiga table, thereby, securing Europa League qualification.

The 29-year-old defensive midfielder has made 71 LaLiga appearances with Los Verdiblancos so far, scoring two goals. After missing the season opener against Mallorca, William came on as a second-half substitute for Manuel Pellegrini’s side in their 1-1 draw at home to Cadiz.

Norwich City were relegated from the Premier League at the first time of asking at the end of the 2019/20 campaign, finishing rock-bottom on the table. This time around, though, Daniel Farke and co. must avoid making the same mistakes from two seasons ago and fight even harder for achieving safety.

One of the mistakes that plotted the Canaries’ downfall was their haphazard dealings in the transfer window. The Norfolk club have been much more measured and clear in the wheeling and dealing of players, with Farke not bringing in new players at Carrow Road just for the sake of signing.

Following defeats to Liverpool and Manchester City in the opening two games of the season, after a pre-season heavily disrupted by a Covid-19 outbreak, Farke must lift up his boys from the floor and demand a strong response against Leicester City at Carrow Road before the first international break.

William Carvalho would be a coup for the Canaries

Eight goals conceded in the first two games of the new season tells exactly the position where Farke must reinforce before the window closes down. With their troubles at the back blatantly visible, the Norwich tactician should bring in a new central defender to compete with Grant Hanley and Ben Gibson in the starting XI.

In addition to a centre-back, he must also look get in a defensive midfielder and William Carvalho would fit the bill perfectly. William is a cultured defensive midfielder who’ll add a layer of protection to Farke’s defence and help them keep more possession. A technically gifted player, the 29-year-old is more than happy to sit back, act as the first line of defence and dictate the tempo of the game for his side.

The Portuguese international has great stamina and bundles of energy that helps him cover a lot of ground during a game. William certainly has the technical skills, physicality and experience to cope with the hustle and bustle of Premier League football.

Daniel Farke should address one of the most pressing needs of his team to increase the chances of staying in the top-flight. Signing Willian from Real Betis would go a long way in helping their cause and he would represent a major coup for Norwich.