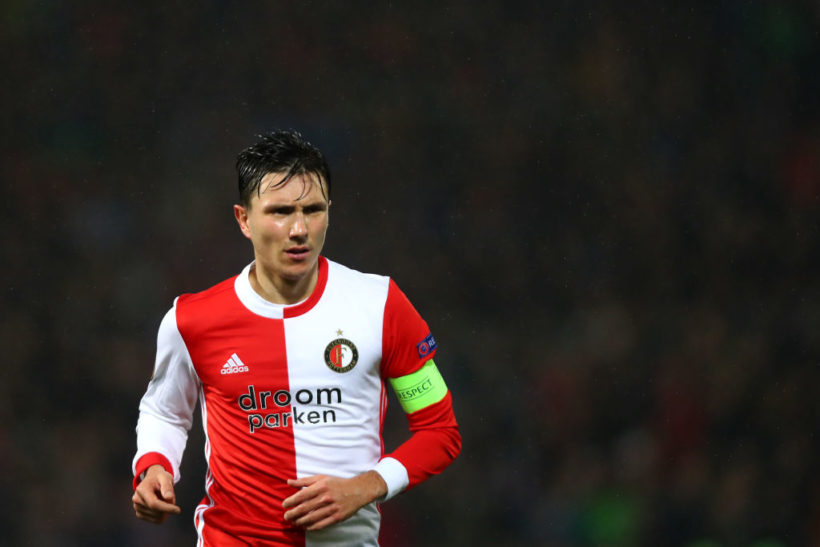 Steven Berghuis, 29, netted 19 goals to finish second in the race for the Eredivisie’s golden boot, as Feyenoord secured a fifth-place finish. The creative winger, who is currently in Frank de Boer’s Euro 2020 squad, has also attracted interest from Wolfsburg and PSV Eindhoven.

The Netherlands international could leave Feyenoord after Euro 2020 in a cut-price deal for around €4-5 million, but Norwich City will need to convince him to join them with plenty of competition.

The Canaries have achieved promotion to the Premier League at the first time of asking. They bagged a staggering 97 points on their way to the Championship title during the 2020/21 campaign. Daniel Farke’s club are keen to bolster their squad over the summer as they prepare for their return to the top flight after a one-year absence.

Norwich City must get their transfer recruitment spot on

Having released experienced players in Mario Vrancic and Alexander Tettey, Norwich City must replace the duo without any second thoughts.

Lack of financial muscle may prevent the club from completing deals for any marquee signings in the summer, but following Emi Buendia’s big-money sale to Aston Villa, the Norwich fans now have every reason to be hopeful that their club would conduct some significant business this summer.

Daniel Farke must get his transfer recruitment absolutely spot on to bolster his club’s hopes of surviving in the top-flight next term.

The departure of Emi Buendia has left a big hole in Farke’s squad.

The 24-year-old was named Championship player of the season following the club’s promotion back to the top-flight. He has been the Norfolk club’s best player along with Teemu Pukki for the last couple of seasons.

Buendia’s versatility to play out wide or through the middle, whilst producing goals and assists in a good measure made him an asset to the Canaries. The Argentinean is a top player and his knack for producing magic moments will be sorely missed at Carrow Road.

Thus, without a shadow of a doubt, Farke must prioritise bringing in a quality player to replace Buendia in his attack.

Is Steven Berghuis the right deal for the Canaries?

As per the rumour mill, Norwich are interested in signing Steven Berghuis from Feyenoord to replace Buendia.

Berghuis had a forgettable stint with Watford in the Premier League during the 2015/16 campaign where he managed only 11 appearances across all competitions, failing to score a goal. The attacker left Watford after just one season to join Feyenoord initially on loan in 2016 and helped his new club win the Eredivisie title.

Feyenoord signed Berghuis permanently in the summer of 2017, and he has since been delivering some terrific goal contributions at the De Kuip Stadium.

Signing Berghuis would get Norwich City a player who is currently at the top of his game. The 29-year-old, who like Buendia can play out wide, through the middle as a no.10 or in central midfield, would add a great amount of creativity to the Farke-managed team’s play.

From the Dutchman’s perspective, he will also get another chance to prove himself in the Premier League, which he failed in doing so with Watford. With that in mind, the Canaries must go all out to beat the likes of Wolfsburg and PSV Eindhoven to Berghuis’ signature.