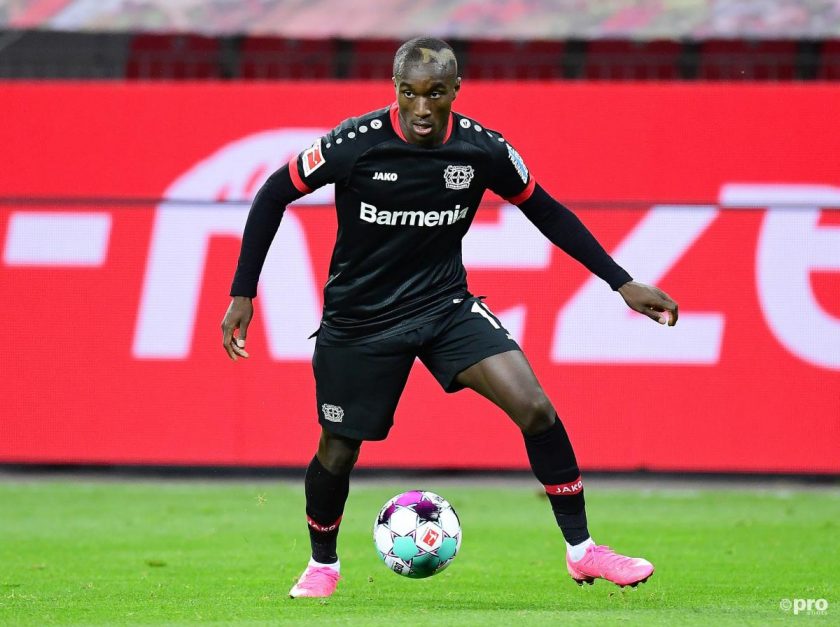 Moussa Diaby, 22, has developed into one of Bundesliga’s exciting young talents since moving to Bayer Leverkusen from Paris Saint-Germain in 2019. He has been in blistering form this season, bagging 15 goals and nine assists across all competitions. And it’s no great surprise to see the French winger attracting major interest.

He has been on Newcastle United’s radar for a number of months and was recently scouted in Bayer Leverkusen’s 1-1 draw with Bayern Munich. The Magpies have stepped up their interest and are ready to offer £50million for Diaby in the summer, but Bayer are looking for closer to £75m they received following Kai Havertz’s sale to Chelsea in 2020.

Newcastle United flexed their financial muscle in the January transfer window and made as many as five signings to back their manager Eddie Howe. And results have been positive of late, with Howe’s side steering clear of the relegation zone and moving up to 14th in the table. With 12 games left, the club’s priority will be to cross the magic 40-point mark as quickly as possible.

Newcastle must address lack of cutting edge in attack

Newcastle United have struggled to create chances and score goals this season. Things have improved under Eddie Howe, though, with the Magpies scoring 10 goals in the last six Premier League games. And that is something Howe must build upon at Tyneside next season. For that, it becomes important to keep hold of the core players as well as add quality players in areas to bolster the squad.

They clearly need more quality to break into the top half of the table next season, provided they stay in the Premier League. This is where Diaby can become a sublime signing for Newcastle.

Moussa Diaby could be a top signing for the Magpies

Moussa Diaby ticks several boxes to come through the door as a useful addition to Newcastle United’s attacking unit.

The 22-year-old has performed consistently for Bayer Leverkusen in the last two years, and his exploits have rightly gone unnoticed. He would add pace, energy, flair, creativity and goals to Newcastle’s attack—things they have lacked abundantly throughout the campaign. Another thing about Diaby is his versatility. Apart from being a wide attacker, a position where the Magpies lack depth, he can play in midfield.

At 22, the four-cap French international has a number of years left before he can unlock his true potential, which means any investment in him can pay rich dividends over the years. Hence, all signs point towards sealing this deal in the summer, although it remains to be seen whether Newcastle matches Bayer Leverkusen’s £75m valuation of Diaby.