Manchester United are set to battle it out with Real Madrid for the signing of Napoli striker Victor Osimhen. 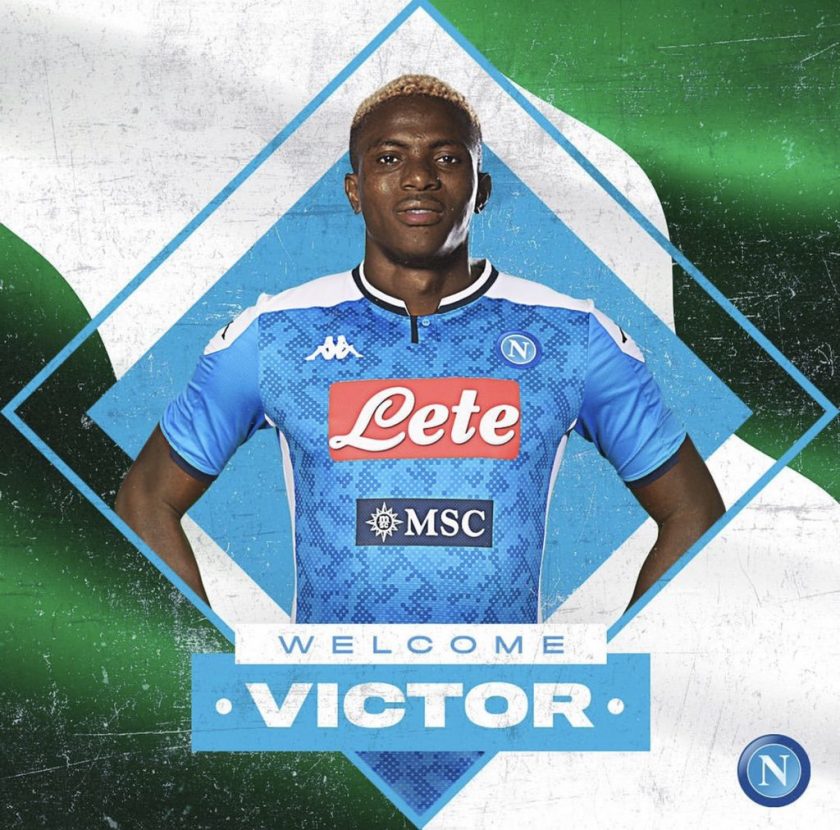 Still just 23, Victor Osimhen is already amongst the best young strikers in European football and appears set to take his game to the next level. The striker has performed exceptionally well since signing for Napoli from Lille in the summer of 2020. He has netted 21 goals in 52 appearances for Napoli, including 11 in 22 games this term, as the Nigerian international continues to shine under the manager of Luciano Spalletti.

The 23-year-old has played a key role in taking the Gli Azzurri to the Serie A summit. His stock has soared since the start of the season, with both Manchester United and Real Madrid admirers of Osimhen. They could move for the striker in the summer transfer window, despite the fact that the forward’s contract in Naples does not expire until 2025.

Napoli paid €70 million to sign Osimhen from Lille two years ago and currently value him at €100 million amid interest from Man United and Real among a host of top European clubs.

Manchester United could be willing to fork out a huge sum on a striker in the summer due to the uncertain futures of some players. Edinson Cavani is a free agent at the end of the summer and is likely to move on, while Cristiano Ronaldo’s powers are on the wane at 37. If the Red Devils miss out on Champions League qualification, there are high chances of Ronaldo not staying beyond this season.

There are question marks over the future of Anthony Martial, who is currently out on loan with Sevilla, while the club has suspended Mason Greenwood until further notice for off-field reasons. Thus, a striker is on the agenda at Old Trafford in the off season, with Osimhen the latest player to be linked with a move.

Is Victor Osimhen worth the hype?

Manchester United will be in a state of rebuilding again from the end of the season as the club looks to appoint a permanent manager. It might take a few more years before they can return to competing with Manchester City and Liverpool for the Premier League title.

As aforementioned, the Red Devils are in search of a top-quality striker, and few young players can offer the club what Victor Osimhen brings. Fast, athletic, powerful and intimidating, Osimhen has every trait in the locker needed to become a world-beater in the long run. His energy, attitude and work ethic off the ball is second to none, while his pressing from the front makes him a pest to deal with for the defenders.

The 23-year-old has made a name for himself in Serie A, whilst proving himself on the international stage with Nigeria, for whom he has 10 goals in 18 games. All in all, Osimhen can become the perfect Cavani replacement and develop into Man United’s lynchpin in attack.

Thus, the Red Devils must aim to beat Real Madrid for the Napoli star’s signature in the summer.