According to a report from La Voix du Nord, Manchester United are preparing an £11m bid to sign defender Facundo Medina from RC Lens. 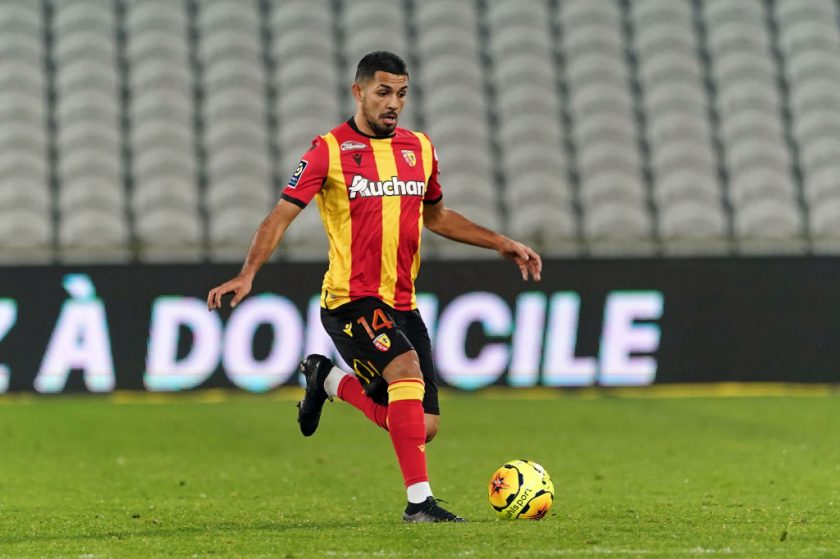 Facundo Medina, 21, only joined RC Lens from Argentine side Talleres in last summer’s transfer window. The centre-back has put in a series of impressive displays in Ligue 1, sparking interest from Manchester United in the process.

The report claims that the Red Devils are “very serious” about making a move for Medina with a view to loaning him back to Lens for the remainder of the season.

Who is Facundo Medina?

Born in Villa Florito, Argentina, Medina started his career with River Plate. Failure to get any opportunities saw him leave River Plate for fellow Argentine Primera Division side Talleres in January 2018.

The 21-year-old enjoyed two solid years with Talleres, establishing himself a regular in the Argentinean side. Medina’s consistent performances for Talleres didn’t go unnoticed as Lens paid £2.7million to sign him on a four-year deal in July 2020.

The Argentinean centre-back, who can also operate at left-back, has played very well in just his first season with Lens, starting 10 Ligue 1 games so far. He was in the spotlight after scoring a spectacular acrobatic goal against Lorient.

As a reward for his good performances in his debut Ligue 1 season, Medina received his first call-up to the senior Argentina national team last September. He featured as a substitute in a World Cup qualifying away victory over Bolivia on October 13, 2020.

Man United have improved defensively over the last two months

Ole Gunnar Solskjaer and his coaching staff have slowly but steadily improved Manchester United’s defence after a poor start to the 2020/21 campaign. The Red Devils are second in the Premier League table, unbeaten in their last 12 league outings since November, so many football fans thinking that they can win the title in Premier League.

In the first three league games of the season, Solskjaer’s side leaked 11 goals—six alone coming in the demoralising 6-1 defeat to Tottenham. During the following 15 matches, United have conceded just 13 goals—a mere stat that shows clear improvement from their backline.

Skipper Harry Maguire has looked more commanding at the heart of United’s defence of late, dishing out strong displays. Victor Lindelof has improved after a slow start to the season, while Eric Bailly and Axel Tuanzebe have performed diligently whenever given chances by Solskjaer.

Right-back Aaron Wan-Bissaka may not offer much going forward but he’s arguably the best full-back defensively in the division. On the other side, the signing of Alex Telles before the start of the campaign has seen a massive improvement in Luke Shaw’s displays, with the Englishman putting in a man-of-the-match showing in the goalless draw with Liverpool at Anfield on Sunday.

Medina would be a smart addition

Regardless the Red Devils’ impressive turnaround in form, there’s still a lot of room for improvement in defence and that should prompt the Mancunian club to sign Medina this month.

An exciting young defender with plenty of room for development, Medina has shown his quality at Lens in Ligue 1 and looks ready to make the grade at the highest level. At the age of 21, the one-cap Argentinean international would be a smart long-term addition to United’s backline.