Reports suggest that United have a great opportunity to sign Real Madrid centre-back. 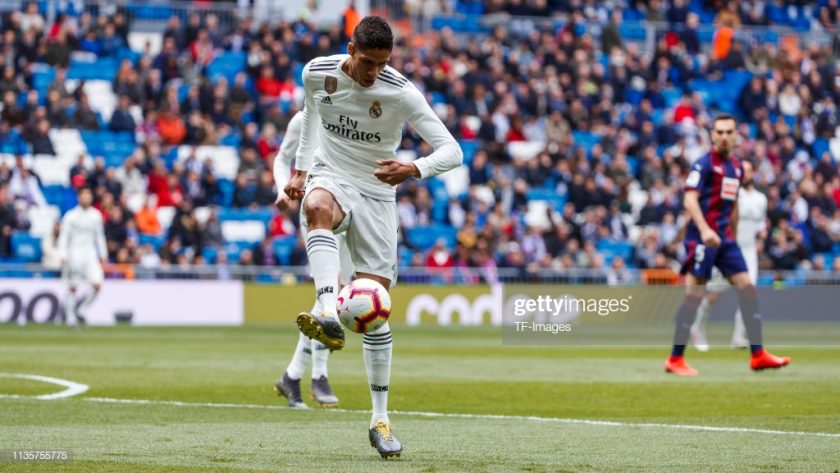 Manchester United could reignite their interest in Real Madrid defender Raphael Varane, a report from Manchester Evening News suggests. The French centre-back has been frequently linked with a move to Old Trafford and United have the best opportunity to sign him this time around.

Varane perhaps was a target for the Red Devils in 2011 during Sir Alex Ferguson’s reign but they ended up signing Phil Jones, who is now a fringe player whom United are trying to get rid of. Even when Jose Mourinho was in charge at Old Trafford, United opted not to sign Varane, who had been rated at around 100m pounds due to him winning both the Champions League and World Cup, and instead, they went for Fred, a midfielder from Shakhtar Donetsk.

The Red Devils spent bucks on Harry Maguire from Leicester City in the summer of 2019 to make him the marquee defender but the English defender has so far failed to live up to his price tag. Although there were moments Maguire showcased his quality, he was equally terrible on certain occasions, for which he received a lot of stick. The rest of the defensive options like Axel Tuanzebe, Victor Lindelof, Eric Bailly haven’t also given the impression of being the ultimate starters for Ole Gunnar Solskjaer.

The on-going Premier League season further stressed the importance of a new central defender due to series of unimpressive results. United’s defence was at fault in almost all the games, but the cringing defeats came against Tottenham – losing by the scoreline 7-2, Crystal Palace and most recently Istanbul Basaksehir in the Champions League.

Elsewhere, Varane has endured some difficult times in the heart of the Real Madrid’s defence and it is undeniable that he is not the same robust defender he was known before. It all started in the Champions League round of 16 last season when Madrid lost to Manchester City in both the legs. Specifically, in the second leg – happened after the pandemic break, Varane had a disastrous night to forget after making a couple of defensive howlers including an own goal, which eventually led to his side’s downfall. The own-goal curse has continued to this season in the games against Shakhtar Donetsk and Valencia, not you would expect from a defender like Varane.

Nevertheless, Varane can be colossal on his day and United could reap rewards should they sign him from the Spanish capital. The value of the 27-year-old has dropped over the past two seasons since Los Blancos won only one La Liga title while facing premature exits from Champions League. It could be a boost for the Red Devils in their pursuit of Varane, whose contract runs until 2022 at Santiago Bernabeu.