Liverpool have enquired about the availability of Rennes starlet Jeremy Doku this summer. 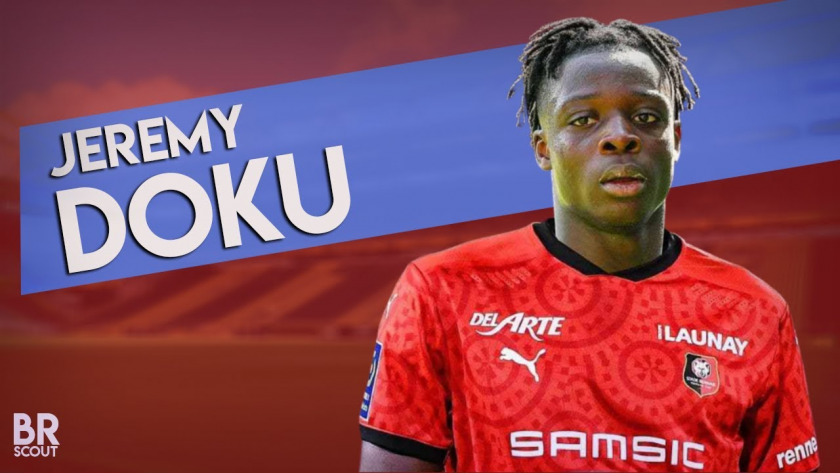 A youth product of the Anderlecht academy, Jeremy Doku, 19, spent three seasons in Belgium before joining Ligue 1 club Rennes in October 2020. He had a decent debut Ligue 1 campaign with Rennes, racking up two goals and three assists in 30 games.

The teenage winger was called up to the Belgium national team by manager Roberto Martinez for the Euro 2020. Following an injury to Eden Hazard, Doku was handed a rare start against Italy in the quarter-finals. He managed to repay Martinez’s faith and was Belgium’s standout player in an otherwise 2-1 defeat to Italy at the Allianz Arena last week.

Liverpool manager Jurgen Klopp is believed to be an admirer of Doku from his time at previous club Anderlecht. He has asked about Doku again but Rennes don’t want to sell the Belgium international this summer.

The Reds struggled throughout the last campaign but ended it strongly by finishing third on the table, thereby, qualifying for the Champions League. While they failed to win a single trophy and finished 17 points behind league champions Manchester City, Jurgen Klopp would have been delighted with his team’s resilience and mentality.

Liverpool must bolster their forward line

Liverpool acted swiftly to sign Ibrahima Konate from RB Leipzig this summer after being hit with a defensive crisis in the 2020/21 campaign. Long-term injuries to Virgil van Dijk, Joe Gomez and Joel Matip changed the Klopp-managed team’s dynamics, leaving the Reds often vulnerable at the back.

So, Ibrahima Konate’s signing has given a good start to the Merseysiders’ summer transfer window.

Although signing a midfielder to replace the departed Georginio Wijnaldum is thought to be the Reds’ next priority, Klopp must not overlook the prospect of bolstering his forward line following the underwhelming form suffered by Sadio Mane and Roberto Firmino the last term.

Mohamed Salah, like his fellow forwards Mane and Firmino, also had an up and down campaign; yet, he managed to score 22 league goals. The Egyptian; however, needs sufficient cover to avoid getting exhausted next season.

With Liverpool falling a staggering 17 points short of Manchester City on the table, there is a pressing need for Klopp and co. to add more firepower to the squad.

Jeremy Doku could be an exciting addition to the Reds’ attack

Jeremy Doku is an exciting talent who showed flashes of his brilliance for Belgium against Italy in the quarter-finals of Euro 2020. A solid breakthrough campaign at the international level, along with his performances for Rennes in Ligue 1, has left Liverpool impressed.

For Doku, who doesn’t turn 20 until May, has all the raw tools to continue his upward trajectory at Rennes. But at Liverpool, under the watchful guidance of Klopp who has played a big role in developing many young talents, the Belgium international could take his game to the next level.

Tipped for a big future, although the former Anderlecht starlet might initially be the backup to Liverpool’s attacking quartet of Mane, Salah, Jota and Firmino, he could be a long-term replacement for either of the forwards at Anfield. Doku would be a perfect fit for Klopp’s side, adding the X-factor to the attack with his blistering pace and trickery.

Thus, the Reds must do everything in their powers to sign Doku from Rennes this summer.