Liverpool are considering making a move for OGC Nice starlet Amine Gouiri at the direct appeal of manager Jurgen Klopp. 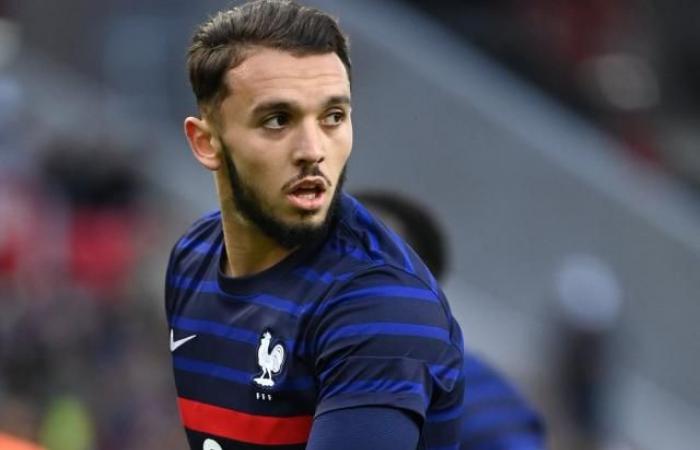 A youth product of the famed Lyon academy, Amine Gouiri, 21, managed only 15 first-team appearances before leaving the club for OGC Nice in July 2020. The France under-21 international had a solid debut campaign with OGC Nice, registering 16 goals and eight assists in 41 appearances. And he has started the new Ligue 1 campaign in blistering form with four goals and an assist in four games.

Liverpool manager Jurgen Klopp is believed to be a big admirer of Gouiri and wants to sign him as a long-term replacement for Roberto Firmino, whose form has dipped massively over the last couple of seasons.

Firmino, 29, a crucial cog in Jurgen Klopp’s system for a number of years, has contributed to 18 goals and 15 assists in 74 Premier League appearances in the last two seasons combined. He netted a goal in Liverpool’s opening weekend 3-0 victory over Norwich City but has been sidelined since being forced off with a hamstring injury just before half-time in the 1-1 draw with Chelsea at Anfield before the international break.

Following his lack of productivity since the turn of the year, the Brazilian international has lost his place in the starting XI to Diogo Jota and there is no timescale on his return to full fitness from a hamstring problem.

Liverpool’s lack of strength in depth

Liverpool lost Georginio Wijnaldum on a free transfer to Paris Saint-Germain and sold Xherdan Shaqiri to Lyon during the summer transfer window. But, they failed to replace both the players over the summer, weakening Klopp’s starting XI as well as squad depth.

The Merseysiders managed to sign only one player in Ibrahima Konate from RB Leipzig. Given how the likes of Manchester City, Chelsea and Manchester United strengthened their squads in the recent transfer window, Klopp should definitely aim to make some additions to his Liverpool squad in the New Year to realistically challenge for the Premier League title.

Gouiri is one of French football’s promising young talents and his exploits at the Allianz Riviera has caught the attention of Liverpool. The youngster is a versatile customer as he can operate either as a left-winger or centre-forward. While being deployed as a number 9 this season by manager Christophe Galtier, the Frenchman has done really well.

The 21-year-old can certainly go on to improve his qualities and with Liverpool, he can go on to scale greater heights if he makes the right decisions. Under the tutelage of Klopp, he can sharpen his skills and unlock his true potential in the future.

Gouiri, though, would need to be initially content with a bit-part role should a move to Anfield materialise in the near future, with Salah, Mane and Jota expected to retain their status as Klopp’s undisputed starters up front. Once he adapts to the rigours of Premier League football, the young French forward could go on to become a top player at Liverpool.