The Real Madrid midfielder is closing in on a reunion with Carlo Ancelotti. 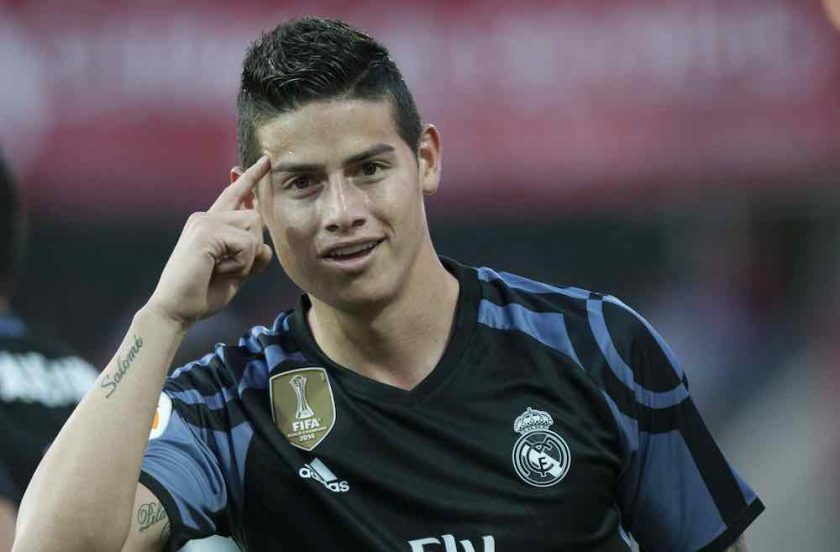 Everton are reportedly closing in on the signing of Real Madrid midfielder James Rodriguez after agreeing over a three-year deal. It has been long rumoured that Carlo Ancelotti could join hands with James once again at Everton. The Toffees are understood to be paying around £22m as the transfer fee for Los Blancos. The report also adds that James’ wages would be £4m at Everton.

The 29-year-old have been in and out of the Los Blancos’ first-team over the years as he was less-impactful. His loan stint at Bayern Munich didn’t help him either as the Bundesliga giant opted against the idea of buying him permanently. On returning to Bernabeu last year, James often found himself in the bench after falling down the pecking order of Zinedine Zidane. Despite making only eight appearances in La Liga last season, he was able to have his hands at the title with Los Blancos.

James recently vented his frustrations on becoming a fringe player at Madrid while revealing the club didn’t allow him to leave when the chance occurred.

“If I were a bad player, I would accept it, but I’m a person who wants to win and always play.

“When you see you don’t have the same opportunities as your team-mates, it’s hard. I wanted to leave but the club wouldn’t let me.

Arturo Vidal, James’ teammate at Bayern also advised the Colombian to leave the Bernabeu to get more playing time.

Everton boss Ancelotti also talked about the former Monaco star on his links to Goodison Park.

“When I left Madrid, James Rodriguez followed me to Munich. He came to play.

“But he followed me as a rumour to Napoli and now he is following me here to Everton as a rumour.

Besides, Everton are also close to signing Napoli midfielder Allan, who has previously played under the tutelage of Ancelotti. The Brazilian midfielder will cost the Toffees around 24 million pounds, confirmed by Napoli president, who also added that the announcement could be imminent.