Koulibaly has been strongly linked with a move to Etihad. 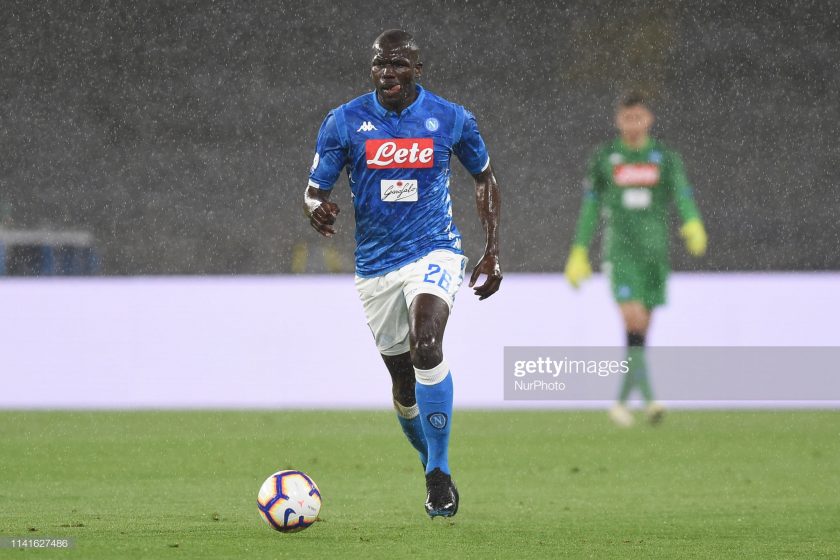 According to a report from The Sun, Manchester City could end up losing summer target Kalidou Koulibaly owing to their bad terms with Napoli in the past. City were understood to sign Jorginho in 2018 before Napoli eventually sold him to Chelsea. The incident has since irked City manager Pep Guardiola. It is now expected to scupper City’s pursuit of centre-back Koulibaly, even confirmed by Napoli president De Laurentiis.

“How can we have a normal and calm negotiation with Manchester City to sell Koulibaly?”

“They won’t talk directly with us because of the Jorginho deal two years ago.”

Citizens have been persistent on the Senegalese centre-back for a while, and already saw an offer worth £53m turned down by Napoli.

However, De Laurentiis has stated that Koulibaly would be on his way out from Naples this summer alongside Arkadiusz Milik, who has been linked with a move to Juventus and Atletico Madrid.

“Koulibaly and [Arkadiusz] Milik are both on their way out, transfer market permitting.”

‘So, if the transfer market allows us to sell these two excellent players, we will know how to replace them. If not, then we’ll discuss it again next year.

“Kalidou is a great person, I would be terribly sad to lose him. But there is a time for everything, even to move apart.”

De Laurentiis has previously mentioned that he is hell-bent on selling the 29-year-old for only an appropriate transfer fee.

Liverpool and Manchester United are the two clubs who have shown interest in signing Koulibaly. However, they could be put off by his valuation. Liverpool also look to have turned their attention towards Sevilla defender Diego Carlos.

Koulibaly has also previously talked about the possibilities of leaving the Naples-based club amid Premier League interest.

“I would love to stay at Napoli for life, but I can’t make promises.

I am part of the project and at the end of the season, I will speak to the directors.”

The likelihood is high for the Senegalese centre-back to leave Italy this summer given that Napoli will not be playing in the UCL next season.

Citizens have already signed Nathan Ake from Bournemouth but wanted to strengthen the defence by signing Koulibaly too.