Everton are plotting a swoop for Udinese defender Rodrigo Becao, as manager Frank Lampard looks to bolster his defensive unit ahead of the new Premier League campaign. 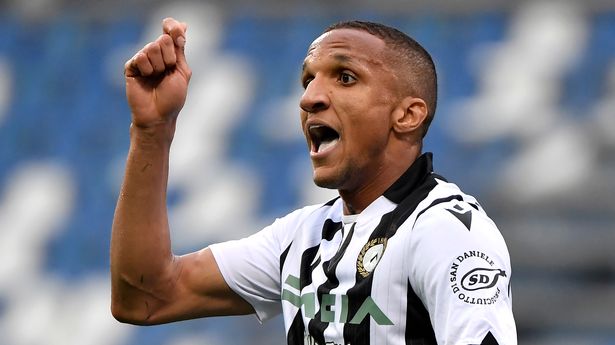 Rodrigo Becao, 26, joined Udinese from Brazilian side EC Bahia in 2019 and has since grown into a vital member of the squad. He has made over 100 appearances for the Serie A outfit, scoring four goals. This past season, the Brazilian defender made 35 appearances in the Serie A, helping Udinese to a 12th-place finish.

Becao’s strong performances at the back for the Le Zebrette have caught the attention of Everton, who are in the market for defensive reinforcements following a disastrous campaign. The Toffees narrowly avoided relegation under the tutelage of Frank Lampard and are now facing a massive summer. Lampard wants to rebuild the squad and is eyeing new additions in different areas across the pitch.

It is understood Everton have contacted Becao’s camp over a potential move, and while negotiations have not yet begun, the 26-year-old, who still has two years left on his contract, is valued at around € 20 million by Udinese.

Addressing Everton’s defensive problems would be a priority

After an incredibly disappointing 2021/22 campaign in which Everton conceded 66 goals, Frank Lampard is certain to prioritise addressing his squad’s defensive problems. The likes of Mason Holgate, Ben Godfrey and Michael Keane all were sub-par throughout the campaign, while Yerry Mina’s struggles with injuries continued. Most importantly, Mina is about to enter the final year of his contract and there have been no signs shown of renewal by the club so far.

Thus, Lampard knows there is a need to inject fresh blood into the Toffees backline to avoid something similar to the recently-concluded season.

Are the Toffees right in going for Rodrigo Becao?

It is easy to see why Lampard needs to have a stable and dependable defence next season, and someone like Rodrigo Becao fits the bill perfectly at Everton.

Becao has been a consistent performer for Udinese over the past couple of seasons and possesses the qualities to play in the Premier League. The Brazilian’s arrival at Goodison Park could act as the perfect stepping stone for Lampard to start the rebuilding of his Everton squad. Adding the 26-year-old to the defensive roster will hand the Everton boss another option to count on, at the very least.

For a reported fee of € 20 million, Becao could turn out to be a shrewd signing for the Merseysiders.