Chelsea are keeping close tabs on Bayern Munich winger Kingsley Coman and could make a move for him in the summer if Christian Pulisic decides to leave the club. 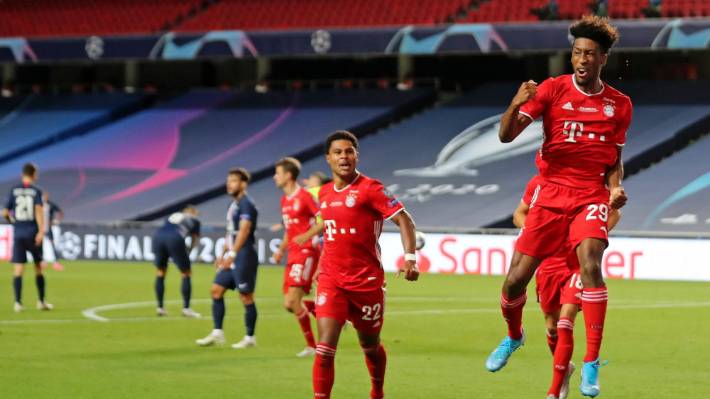 Christian Pulisic, 22, has found game time hard to come by under new Chelsea boss Thomas Tuchel, starting just once against Barnsley in the FA Cup last month. The USA international has endured an injury-hit campaign, limiting him to just 22 appearances in all competitions. The winger could look out for pastures new this summer if his situation doesn’t improve at Stamford Bridge, with Liverpool, Manchester United and Bayern Munich all linked with him.

Kingsley Coman, 24, would be a leading candidate to replace Pulisic at Chelsea. The Frenchman, who joined Bayern Munich from Juventus six years ago, initially on a two-year loan, has developed into a regular and consistent performer in the last few years. With three goals and nine assists in 19 Bundesliga games, he is enjoying another strong campaign with the Bavarians.

Coman’s deal runs through the 2022/23 season and Bayern are keen to extend it. However, should the negotiations fail to head into next year’s transfer window, the Bundesliga champions would apparently be much more willing to sell one of their prized assets rather than risk losing him for absolutely nothing.

Chelsea are yet to taste defeat under Thomas Tuchel, as they look to make it 13 games unbeaten and three back-to-back victories against Leeds United at Elland Road on Saturday. Tuchel hasn’t wasted much time in getting his message across the players, with high standards already being set at Stamford Bridge.

In less than two months the German tactician has turned the Blues’ fortunes around, bringing the club back into the top four mix. Plus, Chelsea are into the quarter-finals of the FA Cup and the last 16 of the Champions League—where they hold a 1-0 advantage over Atletico Madrid. Tuchel has rotated the richly-talented squad heavily since replacing Frank Lampard at the helm, giving every single player the opportunity to go out and impress.

Christian Pulisic yet to impress Tuchel

Pulisic has shown that he is one of the top wingers in the Premier League on his day, but he is yet to impress Tuchel, who ironically gave him his breakthrough at Borussia Dortmund. The American shone at the back end of 2019/20, registering nine goals and six assists in his debut Premier League season. However, the attacker has struggled with form and fitness since being forced off with a calf injury in the 2020 FA Cup final.

The 22-year-old seemingly could leave west London if he continues to get limited opportunities in the coming months. Given the likes of Callum Hudson-Odoi, Timo Werner, Hakim Ziyech and Mason Mount ahead of him in the pecking order, Pulisic is unlikely to enjoy a regular run in Tuchel’s starting XI unless things change drastically.

Kingsley Coman would be an ideal replacement for Pulisic

Should Pulisic decide to end his time at Stamford Bridge this summer, Chelsea would be wise to make a move for Kingsley Coman.

Coman has won everything with Bayern, with the wide-man scoring the only goal in last season’s Champions League final against PSG. The former Juventus man could be tempted to take up a new challenge with Chelsea having openly expressed his wish to play in the Premier League.

The France international would undoubtedly bring a lot of quality to Tuchel’s attack, whilst adding depth to the squad. Plus, Coman’s rich experience and winning mentality could be valuable to a young Chelsea side should he join.

All in all, Chelsea would be right in making a move for the Bayern star in the summer as Coman could be an able replacement for Pulisic.