Chelsea are working on signing highly-rated AS Monaco defender Benoit Badiashile as soon as possible, as Graham Potter looks to bolster his defensive ranks. 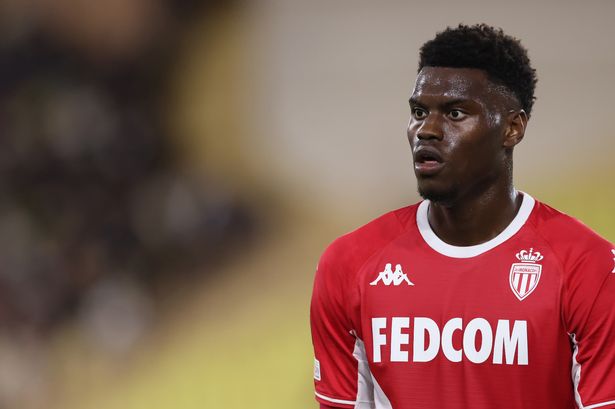 The Blues are making significant progress on securing the young Frenchman’s signature. Transfer Guru Fabrizio Romano claims Benoit Badiashile wants to join Chelsea with talks at an advanced stage between the two clubs. The defender will be offered the chance to join on a long-term contract.

A youth product of the AS Monaco academy, Badiashile, 21, enjoyed his breakthrough campaign in 2018/19 and has since gone on to make 135 senior appearances, scoring six goals. The two-cap France international has made 11 Ligue 1 appearances this season, while playing five times in the Europa League.

Chelsea head coach Graham Potter and co-owner Todd Boehly are targeting the best young players in world football to build a squad that can compete for major honours with the likes of Manchester City and Liverpool.

Having already bagged a pre-contract summer agreement with RB Leipzig star Christopher Nkunku, Graham Potter has emphasised bolstering his side’s defensive options in the upcoming January transfer window. He is seeking flexibility in his rearguard with the Blues currently sweating over the fitness of Wesley Fofana after the young defender suffered a setback in a behind-closed-doors friendly against Brentford last week.

Plus, Thiago Silva is not getting any younger at 38, while Kalidou Koulibaly hasn’t been too convincing since joining from Napoli in the past summer transfer window. Thus, it is no secret Potter wants a young defender to aid his exciting project at Stamford Bridge.

Chelsea closing in on Benoit Badiashile

Chelsea were a defensively resolute side under Thomas Tuchel but they will continue to regress under Potter unless they address their gaping holes in defence. In a bid to address their problems at the back, the Blues are now closing in on AS Monaco’s Benoit Badiashile for a fee of around £35m.

Badiashile, highly rated across Europe, is a player in the perfect age category to come in and become a key cog in the Chelsea backline. The 21-year-old has performed admirably well for Monaco since breaking into the side a few years ago and he could prove to be a quality long-term acquisition for Chelsea.

Thiago Silva is in the twilight of his career and Potter will need to replace him adequately in the coming months. Badiashile could not only prove to be an immediate solution to the Blues’ defensive weaknesses but also become a long-term asset. He will bring much-needed youthful vigour and athleticism to Potter’s side as well.

For a player who is just 21 and certainly has his best years ahead of him, Chelsea splashing around £35m for Badiashile’s signature could be money well spent in the future.