Chelsea have opened discussions with Benfica for the transfer of midfielder Enzo Fernandez after the Argentina international agreed to move to Stamford Bridge. 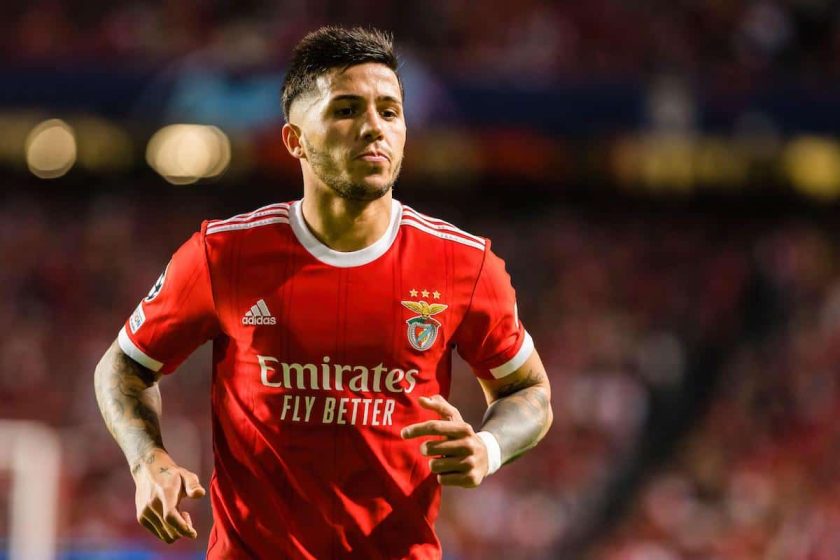 Enzo Fernandez, 21, played a key role in Argentina’s World Cup glory in Qatar earlier this month, winning the Young Player of the Tournament. The midfielder was already on the radar of top European clubs before his eye-catching displays at the World Cup but his performances have paved his status as one of the brightest young talents on the planet.

Manchester United and Liverpool have also shown interest in the Argentine but have been put off by Benfica’s firmness that the player will only be sold if a club triggers his £106m buyout clause. As per reliable Italian journalist Fabrizio Romano, Chelsea have convinced Fernandez to move to west London, and by doing so, feel they can use that agreement to negotiate a lower fee with Benfica.

Fernandez joined Benfica in the past summer transfer window from River Plate, signing a contract until 2027. So, it makes total sense why the Portuguese giants are playing hardball to keep the midfielder.

Are Chelsea set to splash the cash again?

Graham Potter will be hoping Chelsea can improve their performances post-World Cup break and somehow claw their way into the Champions League places by the end of the season. He has been busy scouring the market to find players that can help the Blues in their bid for a top-four finish.

Chelsea broke the world record for spending in a single window when they splashed out £272million in the summer and are ready to splash the cash again in what will be Potter’s first window in charge. RB Leipzig forward Christopher Nkunku has agreed to a £52m deal to join at the end of the season, while David Datro Fofana, Andrey Santos and Benoit Badiashile are primary targets next month.

The Pensioners’ midfield needs a revamp, with Jorginho and N’Golo Kante both having less than six months left to run on their current contracts. Both the midfielders will be free to discuss a pre-contract agreement with foreign clubs in January.

Enzo Fernandez shone at the World Cup in Qatar, helping Argentina defeat France in the final on penalties, and since then has seen his stock skyrocket. He has attracted admirers from top European clubs, but Chelsea seems to have won the race for signature.

Prior to the World Cup, the Argentinean had hit the ground running for Benfica, registering a goal and three assists in 14 league appearances. He has established himself as one of Europe’s top young midfield talents, and due to his age, profile and qualities, Fernandez would be perfect in Potter’s setup at Chelsea.

Despite agreeing on personal terms with the player, it remains to be seen whether or not Chelsea can manage to persuade Benfica into selling one of their rising stars in the midst of the campaign.