Even without Gabriel Jesus, Arsenal maintained attacking quality to seek a turnaround in a difficult match. 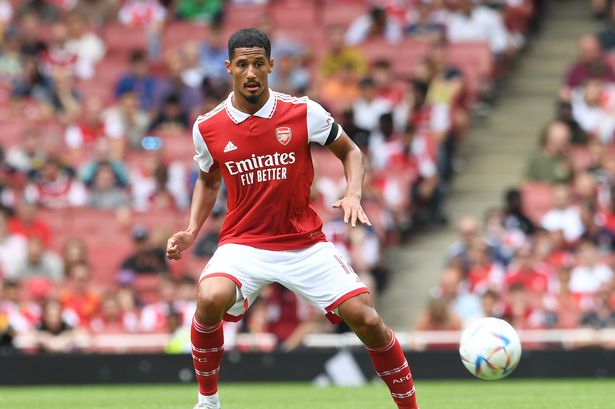 In the final match of this Boxing Day Monday, Arsenal had to overcome the absence of Gabriel Jesus in their clash against West Ham at the Emirates Stadium.

As well as the Brazilian top scorer’s injury, the Gunners were also without Zinchenko at their disposal, both of whom were on the pitch in the win against Wolverhampton (2-0). Manager Mikel Arteta (respectively) chose Tierney and Nketiah.

At the other end, West Ham made two changes in the round following their pre-World Cup defeat to Leicester City (0-2). Coufal and Antonio replaced Kurt Zouma and Gianluca Scamacca respectively.

Arsenal had great opportunities in the opening moments of the match and managed to press West Ham with several dangerous chances. However, the visitors managed to open the scoring thanks to Benrahma’s penalty.

Arsenal, who had the lion’s share of the possession and more than five shots on target, showed nervousness in their attempt to equalise as they made several errors in passing in the final third of the pitch, despite the quality of their players.

Vieira and Marquinhos emerged as options after the break, but manager Mikel Arteta opted for the same line-up that finished the first half, and particularly on the talents of Odegaard and Saka.

In the second half, the situation turned out to be very different with Arsenal producing much more quality. In the 53rd minute, Odegaard cut inside from the right and Bukayo Saka, who spun over the marker to equalise, met his shot.

Five minutes later, Arsenal got the breakthrough as Odegaard found Xhaka with space on the edge of the penalty area. The Swiss made the sensational move to set up Gabriel Martinelli, who dribbled past the opposition defence and beat goalkeeper Fabianski.

There was still time for Nketiah to get his goal, taking advantage of Benrahma’s well-timed tackle on Benrahma before finding space to set up Odegaard on the edge of the box, rolling the ball into the path of Nketiah to complete the excellent team move.

Odegaard had the better of the individual performances on the pitch and was responsible for unlocking the paths for Arsenal to claim a come-from-behind victory at the Emirates Stadium, but honourable mentions must go to Nketiah for his insistence on getting on the score-sheet and collaborating with the attacking moves.

Arsenal (with 16 shots and 8 shots on target) once again leave the pitch with great hopes for their fans, who are increasingly confident about their favouritism to win the Premier League title.