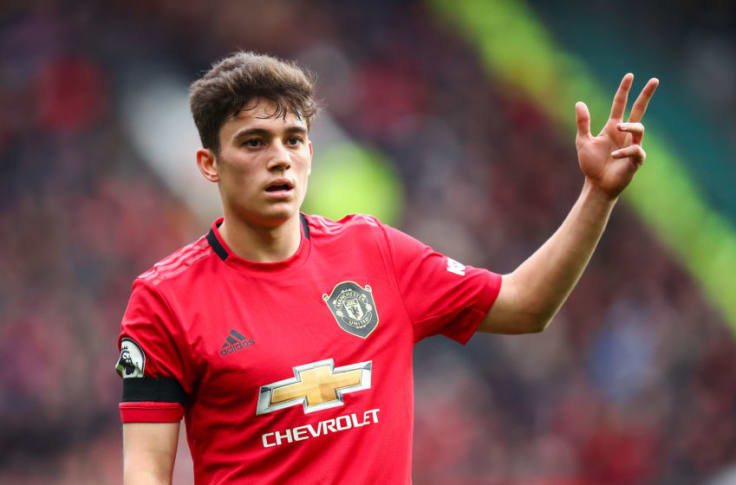 Daniel James, 23, played under Graham Potter at Swansea City, impressing for the Championship side which earned him a £15m move to Manchester United in the summer of 2019. After a decent debut campaign at Old Trafford, he struggled the last term, managing just 15 appearances in the Premier League under Ole Gunnar Solskjaer.

The 23-year-old winger featured in all four of Wales’ games at the European Championships, including the last-16 exit to Denmark. Now, Potter wants to reunite with James at the Amex Stadium and is ready to take him on loan, should Brighton fail to sign him permanently from Manchester United.

Brighton will be keen to improve in the upcoming Premier League campaign after escaping relegation last season. Potter’s Seagulls finished 16th on the table, despite drawing admiring glances for their aesthetic brand of attacking football.

Brighton struggled for goals in the 2020/21 campaign

The south coast club royally struggled for goals in the 2020/21 campaign, managing only 40 goals in 38 games. This clearly points to a lack of end product in front of goal.

Apart from Neal Maupay and to some extent Danny Welbeck, Brighton, though, lacked significant goal contributions from their other forwards. The likes of Aaron Connolly, Alexis Mac Allister and Leandro Trossard could only contribute with eight goals, leaving Potter frustrated.

With Florin Andone not in the club’s plans and Andi Zeqiri still very young to lead the attack on a regular basis for the Seagulls, it would be a smart idea to bring in another centre-forward in this transfer window to ensure healthy competition for places.

While Brighton have some exciting attacking players that can link up well in the final third and create openings, they lack a pacey wide player in their ranks. Putting things into context, Brighton can certainly do with some pace and energy down the wide areas and Daniel James fits the bill at the Amex Stadium perfectly.

Daniel James would add pace and dynamism to Brighton’s attack

A left-winger by trade, James is equally adept playing on the right flank, as he’s done mostly for Ole Gunnar Solskjaer’s Manchester United. In his first season at Old Trafford when Solskjaer highly adopted a counter-attacking style of football, the Wales international was really a useful player with his blistering pace and persistent energy to press.

However, the 23-year-old played a bit-part role for the Red Devils last season, starting only 11 of 15 league appearances. With English winger Jadon Sancho’s recent arrival at Old Trafford from Borussia Dortmund, James is likely to get pushed further down the attacking pecking order next season.

Still 23, James undoubtedly has time by his side to improve and do more in the game than he currently does. From the player’s perspective, it isn’t practical for a young player like him to warm the benches at Manchester United next season. That being said, the time is right for the Welsh winger to leave Old Trafford for Brighton this summer.

Potter knows James inside out having managed him at Swansea City in the Championship. The Brighton boss could get the best out of the 23-year-old at the Amex Stadium, thereby, helping him revive his club career in the English top-flight.

Thus, the Seagulls signing James from Manchester United would make a lot of sense in footballing terms.