Arsenal are looking into the prospect of signing Lyon striker Moussa Dembele in the summer transfer window. 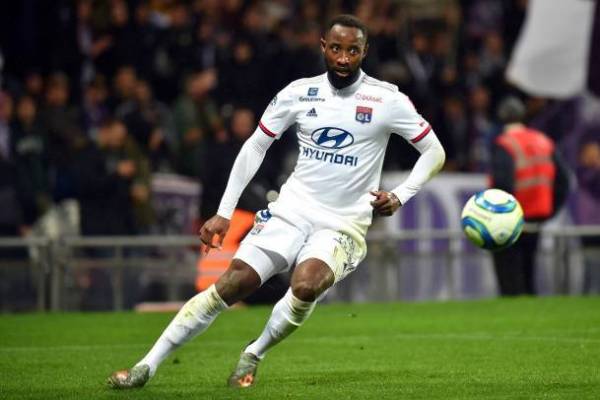 Moussa Dembele, 24, joined Atletico Madrid on loan from Lyon in January but has failed to settle down at the Spanish club. He has failed to score or assist a goal for Atletico Madrid so far. The French striker has struggled with fitness and injury problems, limiting him to just six appearances in all formats at Wanda Metropolitano.

Atletico Madrid do have an option of making Dembele’s transfer permanent at the end of the campaign for a fee of around £30 million. However, it remains unclear as to whether or not the LaLiga club will exercise that option after the player’s lack of impact at the club and fitness issues.

Keeping that in mind, Arsenal are monitoring former France under-21 international’s situation, and feel the striker will be available for around £25m.

The Gunners have had a season to forget and facing the prospect of a campaign without European football in 25 years. Mikel Arteta has struggled to get the best out of his team in his first full season in charge of the north London club, as his team currently lies ninth in the table.

With three games left, Arteta’s side will have to leapfrog seventh-place Tottenham Hotspur to qualify for the Europa Conference League—UEFA’s new third-tier competition.

Arsenal need quality signings to climb up the table next term

Following a mediocre season, Arteta has made it clear his squad needs major overhauling in the upcoming summer transfer window. The Spanish tactician will need to have a long-term strategy in place that should start right away if he’s to have any chances of turning Arsenal’s fortunes around in the future.

Though defensive instability has been the Gunners’ main drawback this campaign, Arteta must prioritise signing a striker after watching his side managed just 49 goals in 35 games.

Pierre Emerick-Aubameyang hasn’t had the best of seasons in Arsenal colours, managing just 10 Premier League goals. Despite signing a new three-year deal at the Emirates Stadium last September on the back of a brilliant individual campaign, the Gabonese international’s future has been called into question as Arteta plans wholesale changes.

Alexandre Lacazette and Eddie Nketiah are both entering the final year of their respective deals at the club, so Arteta will have a decision to make on the duo. Gabriel Martinelli, who is such a promising talent, has been unfortunate with injury problems.

Thus, it is evident that the Gunners are in need of some fresh blood to bolster their attacking department before the 2021/22 campaign commences.

Would Moussa Dembele be a good fit at the Emirates Stadium?

Moussa Dembele has struggled to make any sort of impact on loan with Atletico Madrid. However, going by his record with Fulham, Celtic and Lyon, he has netted 115 goals in 267 appearances combined, which isn’t bad at all.

Regardless of enduring a difficult campaign, the Frenchman can be a menace for defenders and a consistent source of goals, as documented for Celtic as well as Lyon over the last few years. With his pace, power and finishing skills, he can easily slot into Arteta’s Arsenal side and spring life into their attack.

Dembele is a player with loads of potential, and at 24, still has his best years ahead of him. Hence, Arsenal must look to sign him this summer, as the Frenchman could be someone who evolves into one of the club’s offensive mainstays in the years to come.