Eden Hazard has not met Real’s expectations since his arrival in Spain!

A fair share of injuries has contributed to his demise however when available his suffered from a lack of major impact. 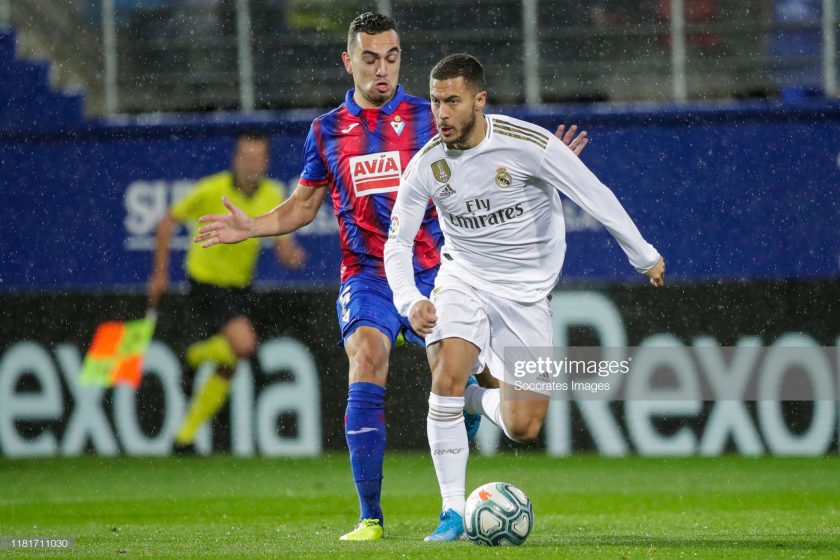 Since joining Real Madrid in 2019 Eden Hazard’s quality has rarely shone through on the pitch, with a number of injuries and lack of playing time, he has not been the number seven that Real fans were hoping to see.

It has no doubt been an on/off season for Hazard, yet it seems as though he may be on the way back in time for the closing of it. His most influential moment so far has been from the weekend where there are only three games to go in the La Liga season and he came off the bench and scored a rather lucky goal which would have been Toni Kroos’ had he not gotten a slight touch as it was heading towards the goal.

Despite the goal, it was only enough to claim a point against Sevilla however by the end of the season it may be a very very valuable point.

So when you hear the name Eden Hazard, you immediately think of Chelsea, the Belgian national side and his achievements at both. When Real Madrid comes up, you instantly think of the lack of impact and the mounting injury problems he has had since joining.

In contrast, when you hear the name Ronaldo, you instantly remember the impacts he has had at the likes of Manchester United, Real Madrid, Juventus and even the Portuguese national side.

Hazard clearly has a lot more work to do to impress the fans of Los Blancos, as I can only imagine the fans, Florentino Perez and players are growing tired of his injuries and lack of impact.

It is lucky for Real that they have Karim Benzema on their side, if it wasn’t for him, they would not have many goals and wins this season. His stats boast 21 goals in 31 games for Real in La Liga alone whereas Hazard’s stats show four in all competitions.

It seems as though even when fit, Real have better options in Hazard’s position than someone who is still trying to get used to La Liga, the tempo and his new teammates.

Since his well-awaited arrival, he has appeared a mere 28 times, 16 of those were in his first season at the club where he did pick up the La Liga title.

Whereas 245 appearances and 85 goals for Chelsea, where he spent less time on the treatment table and more time on the pitch says a lot about the change in his lifestyle.

I bet when he joined Real he never would have imagined his dream move would have been marred by injuries and then a global pandemic.

Hazard to his credit has won a number of individual honours over his career, most notably Player of the season, Belgium and league players of the year and Fans and players’ player of the year from his time in England and France.

Upon leaving the blues, they have not really missed him, yet they also haven’t won anything since his departure either.

All we can say is that if he stays clear of injuries for a full season, Real fans may just get to see the best out of Hazard.

However, if he has another season full of injuries and lack of impact, his time in Spain may fall just short and if that happens it will go down as one of the worst transfers in a long long time!