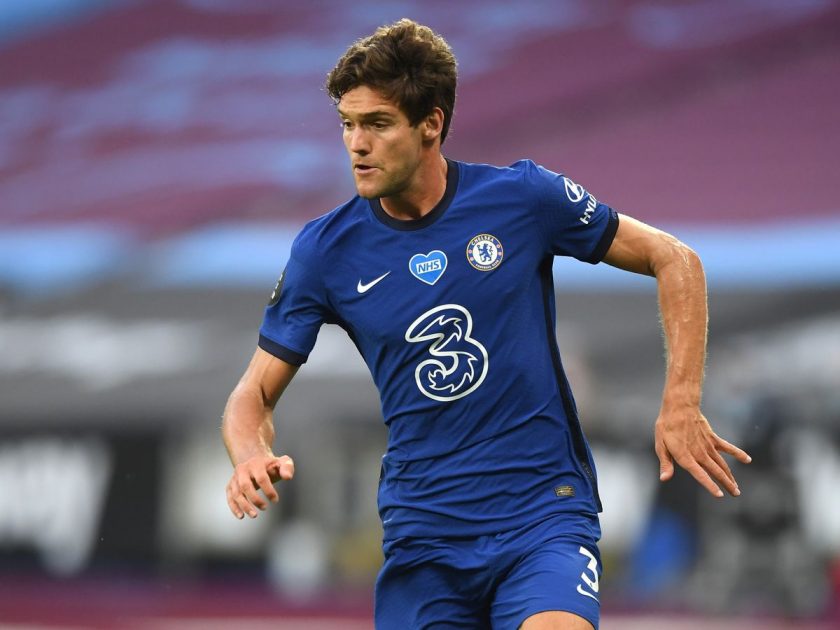 Inter Milan are reportedly interested in signing Chelsea left-back Marcos Alonso, who Antonio Conte wants to have by his side.

Conte and Alonso have previously worked together during the former’s time in the Premier League. The Italian manager managed the Blues for two seasons before Maurizio Sarri and even led them to the Premier League trophy once. Under Conte, Alonso hardly missed a game and played a pivotal role.

Conte is now looking desperate to reunite with the Spaniard at San Siro as the Italian manager continues to strengthen his side. Inter have recently added Aleksandar Kolarov to the squad but further looking to sign Alonso as well.

The 29-year-old moved to Stamford Bridge in 2016 and won the Premier League title in his first season. However, his performances have taken a hit over the past few seasons although he had chipped in with useful contributions to Frank Lampard’s side last season.

The former Real Madrid defender had been linked with a move to Atletico Madrid in the past, but a deal never came to fruition. Now with the arrival of Ben Chilwell, Alonso’s importance would further diminish in the upcoming season although his contract at Stamford Bridge runs until 2023.

However, Alonso is seemingly having the backing of Lampard as the English manager had defended the former in a previous instance.

‘They [full-backs] have a responsibility to do both [attack and defend] and that’s important,’ Lampard said. ‘It’s not easy with isolated “slatings” – it’s much easier to comment from afar.

Elsewhere, Inter are not only looking at the possibility of signing Alonso but want to bring N’Golo Kante as well. Conte, who has worked with Kante alongside Alonso, is a self-proclaimed admirer of the French midfielder. However, Chelsea have deemed the French World Cup winner as not transferable.

Conte guided the Nerazzurri to a second-place finish in Serie A last season and ending as runners-up in Europa League. The former Juventus manager is proving to be productive in the transfer market with the signings like Hachraf Akimi and Kolarov.

Alonso’s addition could be a game-changer as he is adept at playing as a wing-back and he can reprise the role under Conte. Inter favour the use of wing-backs and Alonso would be relieved of the defensive duties.