So many questions surround the English Premier League right now.

Will the return to action under lockdown play out in full? When will next season start? What will the summer 2020 transfer window look like, if there is one? 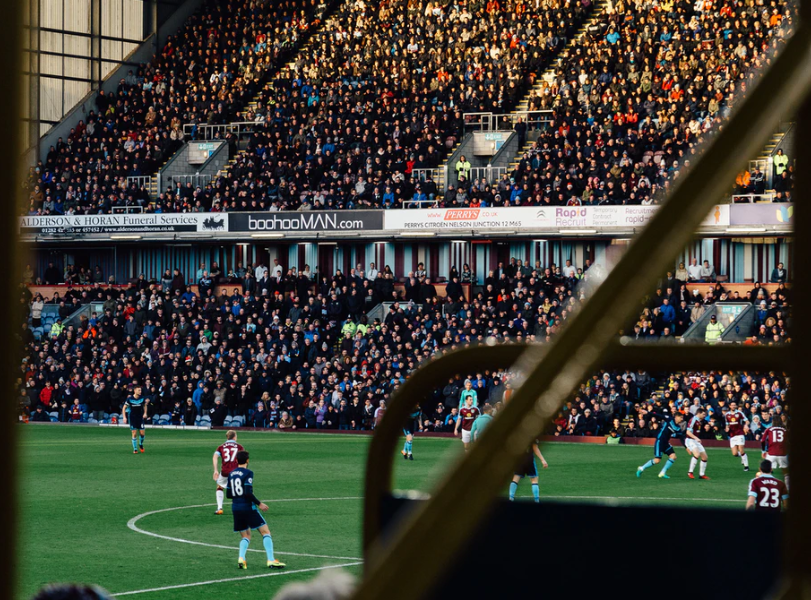 We can’t offer answers to those questions, but we can speculate as to what a 2020/21 season could look like, particularly which players will be turning out for our favourite clubs.

We don’t expect many massive moves to take place as clubs struggle financially and blockbuster deals appear in bad taste, but some teams will be looking to strengthen, even if it is on a budget. With that in mind here are a few players from outside England’s top division we expect to see playing in the Premier League next season.

Timo Werner’s imminent transfer to the Premier League is becoming one of football’s worst kept secrets.

Although nothing is confirmed, the German international striker has been linked to numerous top Premier League sides, most notably Jurgen Klopp’s Liverpool, and become one of the hottest prospects in the game.

With all eyes on the Bundesliga as it became the first major league to return after lockdown, Werner has continued to impress, scoring a hattrick against Mainz for the second time this season. With an impressive goal tally at just 24 and the potential to become one of the most lethal strikers in the world, it’s no surprise Werner is so hotly sought after.

He’s also worked his way into becoming the number one striker for the German national team, and would likely have lead the line at Euro 2020 had it not been postponed to next summer.

Werner isn’t a dead certainty for a high profile Premier League move this summer, with his club RB Leipzig not exactly strapped for cash. However, he does have a release clause of £49 million and it would fit the Red Bull model to let him move on and bring in another young sensation to replace him. If that is to happen, a move to Merseyside seems most likely.

If you’re a Red keeping a keen eye on Werner as the Bundesliga plays out behind closed doors and want to make things more interesting make sure you’re using only the best betting sites, with this handy Online Casinos guide to sports betting sites.

Unique transfer window or not, some Premier League sides are going to stop at nothing to bolster their defence this summer.

Try telling Jose Mourinho that he won’t be able to make big transfers to rebuild his Tottenham side or Pep Guardiola that he has to play Fernandino at centre back for another season. Many sides in the top six are in need of a top-quality defender to complete their teams, and a great option may just be lying in Portugal.

Ruben Dias is a 22 Portugal international with a bright future ahead of him. He’s already caught the eye at Benfica and fits the mould of so many classic Premier League centre-backs while being equally adept with his feet. He feels like a Portuguese John Stones, without the baggage of high profile mistakes.

The only things that could trip up this transfer is a reported £80 million release clause, which we can’t imagine a lot of teams coughing up the cash for in these current climates. However, if the super-rich do decide they can’t go out without a rock at the back, there are few options better than Dias.

Few players impressed in what played out of the 2019/20 Championship season like QPR’s Ebe Eze.

A young winger beloved by the Loftus Road fans, Eze has been capturing the eye with an impressive goal record that has seen Mark Warburton’s side perform above expectations this season.

It’s no surprise then that top clubs are looking at him, and have been since the January transfer window.

He was a reported target for both Tottenham and Manchester United then and would be a brilliant fit for both, if a bit of a gamble. Eze is an excellent, forward-thinking ballplayer who could help lift these two somewhat stagnant top 6 sides. He’s known for causing teams problems in the box, a trait that has worked out for other high profile Championship players that have made successful transitions to the Premier League.

With just one year left on his contract, QPR may look to cash in on the youngster in this unusual transfer window to avoid letting him go for nothing next summer. He might not attract the interest of the top clubs who previously had their eye on him, who would prefer to not overpay for a 21-year-old Englishman, but a club lower down the table may just take a chance on him.

Huddersfield’s Karlan Grant has a lot of the traits Premier League scouts look for in potential targets. He’s got experience in the division, lightning pace and he’s a proven goalscorer.

Grant didn’t impress too much in his half season with the Terries following a move from Charlton in 2019, scoring just 3 times, but in the Championship he’s proven himself an adept goalscorer in a team that’s failed to impress following relegation.

The Englishman had scored 16 goals in 34 appearances before the Championship season was temporarily halted, a pretty impressive record considering Huddersfield’s position in the table and the fact they’ve gone through a drastic managerial change.

A lot of sides hovering in and around the relegation zone of the Premier League are there because they lack a striker who can get them goals consistently. With there likely to be a good number of teams still searching for a permanent solution to that problem this summer, Grant might just get another big move.

Okay, you could consider this one a bit of a cop-out, but Matheson is too interesting of a prospect not to cover.

The youngster who made a name for himself scoring against Manchester United for his boyhood club Rochdale at the start of this season’s EFL cup campaign made the big move to Premier League side Wolves in january, before being loaned back to finish the season with Rochdale in League One.

We don’t expect to see the youngster heading back down the English football pyramid next season though. It doesn’t fit with how Wolves do business, and Matheson’s versatility as both a full back and a winger would play perfectly into Nuno Espírito Santo’s preferred formations. As clubs look to balance the books following the coronavirus pandemic, promoting youth might be an important step.

Don’t bet against this youngster following in the footsteps of Dele Alli and Daniel James, becoming the latest EFL prospect to break into the first team of an established Premier League side.

It’s impossible to predict what the summer 2020 transfer window could bring if it happens at all. With contracts expiring teams will have holes in their squads to fill, and new signing will be required. Expect a few of these players to pop up in familiar colours soon.