It is a question that inevitably pops up every year, when the summer transfer window slams shut following a raft of big money signings in the Premier League – just how will these signings turn out for their new clubs?

As it turns out, the question produces its usual conclusions of a mixed bag of outcomes, but this time around with a few surprises in store. Whilst some of the most significant buys of the summer, notably Jack Grealish, Romelu Lukaku and Jadon Sancho haven’t yet hit the levels expected of them, other, relatively unknown players have arrived in the English top flight with immense quality, instantly settling into their new surroundings.

Amidst the good, the bad, and the ugly, here are our top five signings of this Premier League season so far.

Top five signings of this Premier League season so far

(Note: this article counts permanent signings only, and therefore loan players are excluded.) 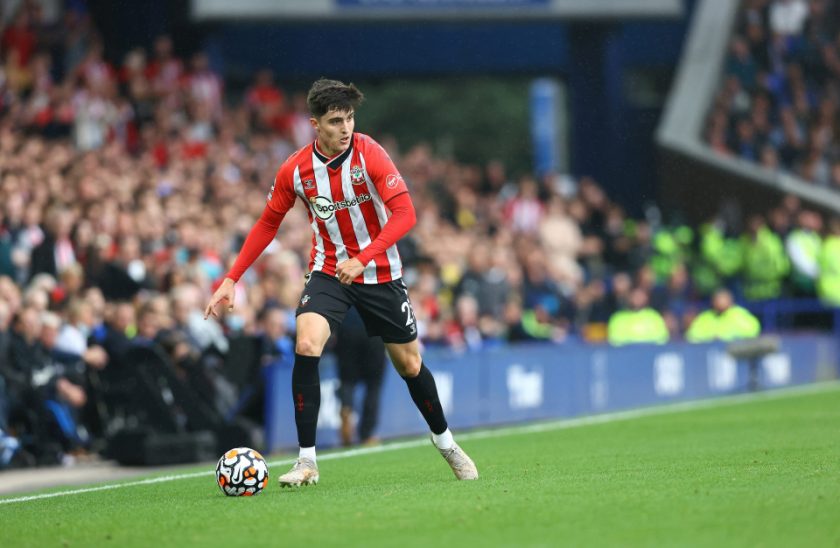 A season that was preceded by some dread and worry surrounding Southampton has so far gone relatively well, with the Saints sitting a healthy distance above the relegation zone and proving a tough team to beat.

Following some high-profile sales, the signing of young fullback Tino Livramento was seen as something of a risk, but the former Chelsea youth player has been a star of Southampton’s season so far. A regular starter on the right at the age of just 19, Livramento has slotted seamlessly into top flight football, ranking first amongst Southampton players in terms of successful tackles, duels won and fouls won.

A big future beckons for the England Youth international, and who knows, perhaps Chelsea will exercise his buy-back clause sooner than expected. 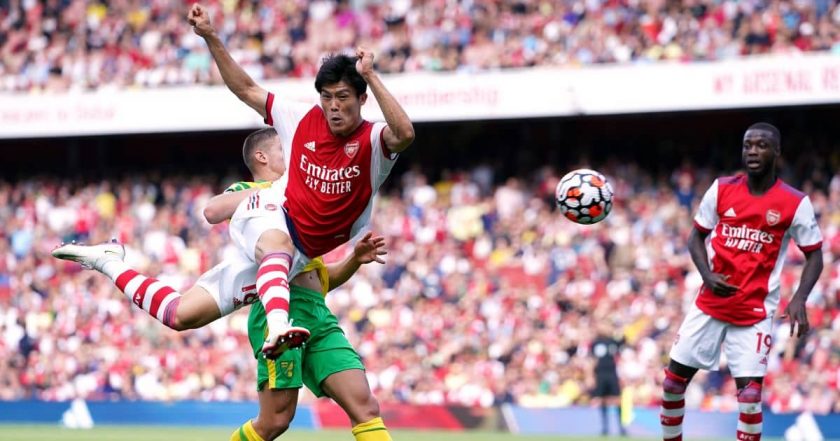 From one young right back to another, when Takehiro Tomiyasu arrived at Arsenal from Bologna in the summer he was virtually unknown to Premier League fans, but given a huge task in fixing Arsenal’s fullback issues following the departure of Hector Bellerin back to his native Spain.

However, much like Livramento, Tomiyasu has also settled effortlessly into Premier League life, becoming an indispensable member of Arsenal’s XI and a fan favourite in the process. The Japan international has made more successful tackles, won more duels and taken more touches than any other Arsenal player this season, and his all-action style has been a breath of fresh air in this team that is fighting hard to return to the top four.

Still only 23, Tomiyasu could be set for a long career at the Emirates. 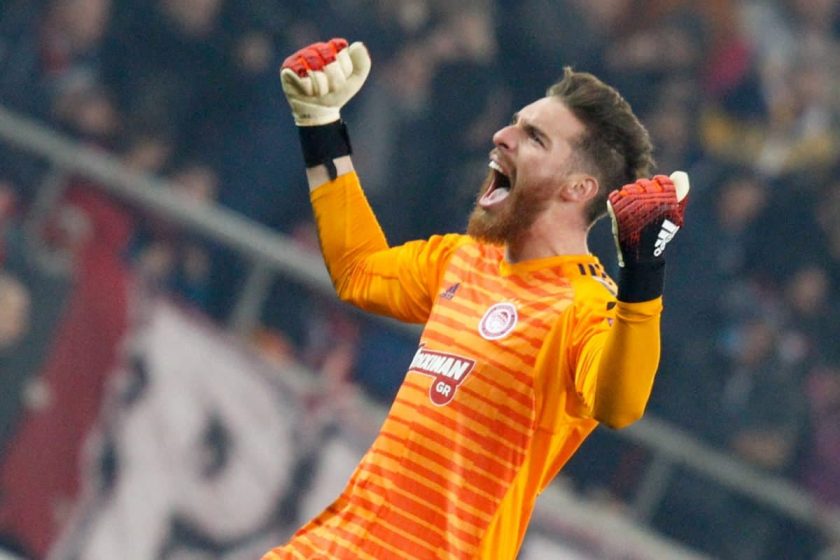 After a season of stagnation last time around, things were looking down for Wolves in the summer, especially following the sale of Portugal goalkeeper Rui Patricio to Serie A side Roma.

The excellent Patricio left some big shoes to fill in the Wolves goal, but replacement and compatriot Jose Sa has so far had a terrific start at Molineux. After some early scepticism, the former Olympiacos goalkeeper has become a key component of Wolves’ excellent defensive record, boasting a save percentage of over 85%, the highest in the league.

In addition to shot-stopping, Sa’s distribution has also been impressive, with the goalkeeper providing an assist for Raul Jimenez’s winner against Southampton.

It’s incredible to think that the 28-year-old goalkeeper is still uncapped for Portugal, something that looks likely to change soon given his exceptional form. 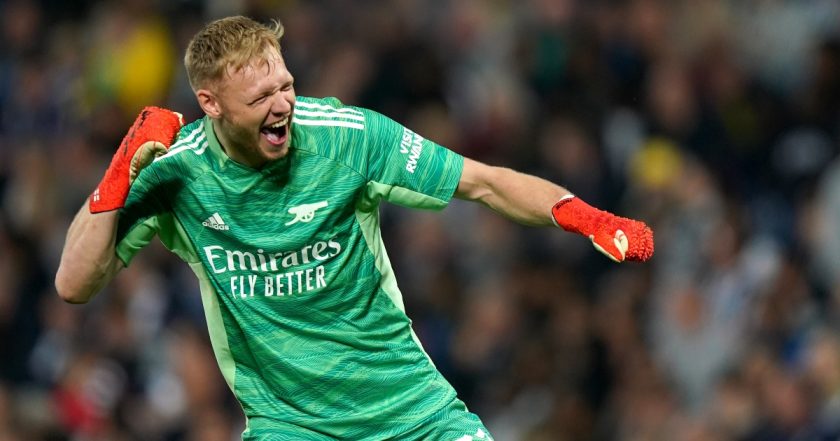 Whilst Sa has had an outstanding season so far, the impeccable form of fellow goalkeeper Aaron Ramsdale at Arsenal sees him just about pip Sa to the number two spot.

At surface level, buying a goalkeeper who has suffered back to back relegations for £30million looks like questionable business to say the least, but Ramsdale has swept aside the doubters to become Arsenal’s player of the season so far. Since making his Gunners debut in September, Ramsdale has been unflappable at the back, making zero errors leading to goals and preventing more goals than any other Premier League goalkeeper, according to Expected Goals (xG) stats.

The England goalkeeper looks like he could be a firm upgrade on former Arsenal No.1 Bernd Leno, and if he keeps this up Ramsdale could well be in the running for some end of season awards. 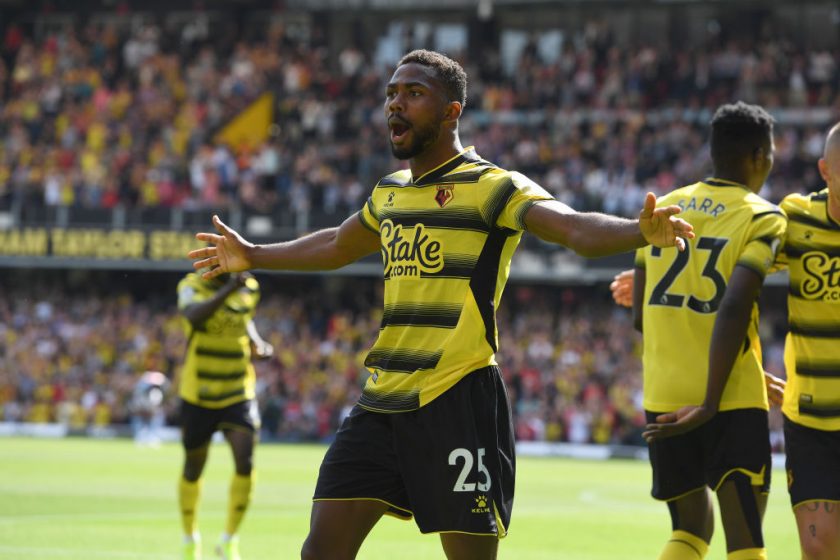 Finally, right at the top of the tree, our current signing of the season is Watford forward Emmanuel Dennis.

Having failed to score a league goal last season during spells at Club Brugge in Belgium and FC Cologne in Germany, Dennis appeared to be a run of the mill signing for newly promoted Watford, tasked with trying to help the club stay in the Premier League. Instead, the striker has lit up Vicarage Road so far this season, with eight goals and five assists in 16 games so far. Currently, only Mohamed Salah has more goal contributions than Dennis in this season’s Premier League.

Dennis’s outstanding return is made all the more impressive by the fact that Watford have consistently struggled this season, hovering just above the relegation zone. The Nigerian has by now definitively proven that he can thrive in difficult circumstances, and whatever Watford’s eventual fate may be this season, the Premier League is beginning to stand up and take notice of this exceptional footballer.