While the 2020-21 season is gradually winding down to a close, the goals are still flowing each and every weekend, and in this season’s 36th Matchweek it was the turn of another long serving player to reach a half century of Premier League goals. 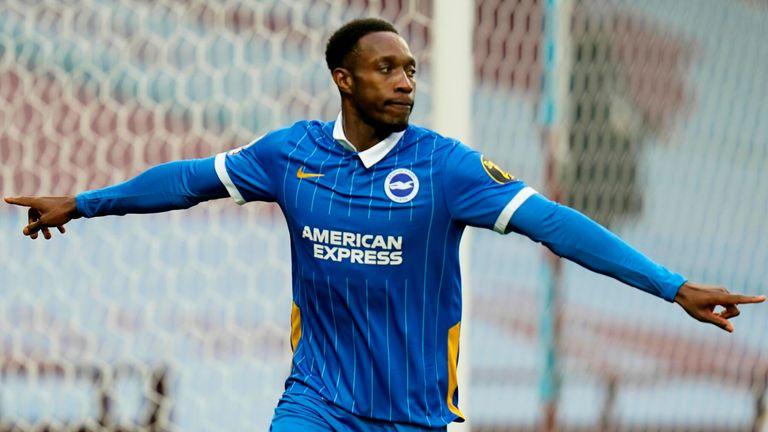 It’s been quite an unusual career path for Welbeck, racking up goals at five Premier League clubs: 20 for Manchester United, 6 for Sunderland, 16 for Arsenal, 2 for Watford and now 6 for Brighton, a strong achievement in light of his unfortunate injury record down the years. Let’s look back on some of the goals that have defined Welbeck’s top flight career.

Way back in the days of Rooney and Ronaldo at Manchester United, Danny Welbeck was beginning to edge himself into top flight football as a precocious teenager and exploded onto the scene in 2008 with a stunning debut goal.

With the Red Devils already 3-0 up against Stoke, the then-17 year-old Welbeck picked the ball up outside the area and hammered a brilliant shot right into the top right-hand corner of Thomas Sorenson’s goal. It was a dream start for the young striker, who went on to enjoy a decent few years with his boyhood club.

After a career that brought some success but arguably failed to hit the heights some anticipated, Welbeck surpassed the 50 goal mark exactly 12 and a half years on from his first Premier League strike. Played through 1-on-1 against West Ham’s Lukasz Fabianski, Welbeck scored with his signature clipped finish over the onrushing goalkeeper.

It helped the striker cement this as his best goalscoring season since 2013-14 with his sixth strike of the campaign, and it looks like he’s found his home on the South Coast, for the foreseeable future at least.

Welbeck has scored a few cracking goals in his journey to the half century, not least his aforementioned debut strike. However, arguably his finest came last year, with a wonder goal for Watford during project restart. A deflected cross popped up for the former England striker just inside the area, who steadied himself before executing a stunning overhead kick right into the top corner of the Norwich net, to lead his side to a vital 2-1 win.

Sadly, it didn’t go too well for Welbeck at Watford, who scored just one other league goal for the Hornets as they were relegated to the Championship.

There are a few candidates for Welbeck’s most important goal, but for us, his very recent strike against Leeds United sits at the top of the pile.

Knowing that a victory over The Whites would seal Brighton’s Premier League status for another season, Welbeck turned brilliantly inside the area and scored the second goal in a 2-0 victory to see off Leeds and give his side one massive boost towards safety. Brighton’s status was assured with Fulham being condemned to relegation just over a week later, and Welbeck had played a huge part in it.

His Arsenal days may have been blighted by injury, but Danny Welbeck enjoyed some fine moments at the Gunners including the most memorable goal of his Premier League career.

Facing league leaders Leicester City during the hard-fought 2016 title race, Arsenal simply had to win to maintain pressure on the leaders. With the scores level at 1-1 in the 95th minute, an Arsenal free kick from the right-hand side was met by the head of Welbeck, who steered a flicked header into the Leicester net to reignite Arsenal’s title hopes and send the Emirates into raptures.

Unfortunately, it once again wasn’t a happy ending for Welbeck, with Arsenal collapsing late in the campaign as Leicester sealed their legendary title win. Still, it was one of the most dramatic and iconic moments of that incredible season, and of Welbeck’s Premier League career.