Manchester City legend and premium striker, Sergio Aguero has been heavily rumoured to put an untimely end to his glittering career tonight with many reliable sources confirming the fact. 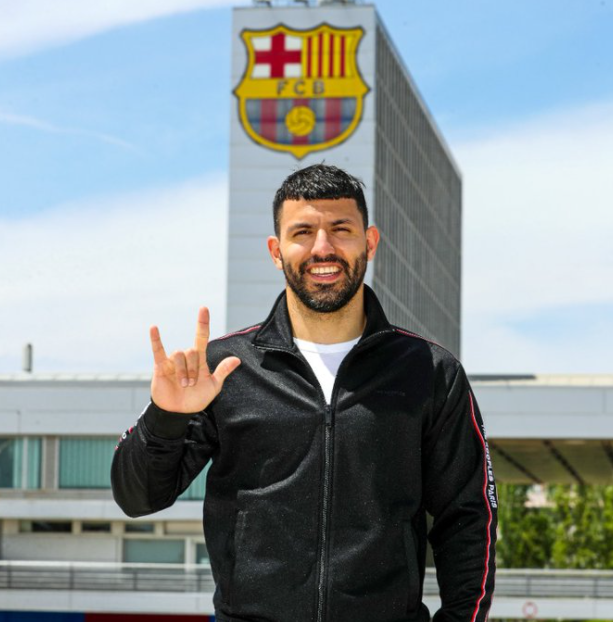 Aguero was having breathing problems and chest pain in the 1-1 draw against Alaves on October 30 and he had to be taken off the field as a result. Having said that, the Argentine has not featured for Barcelona since that evening and it may well end up being his fifth and last appearance for the former La Liga champions.

The 33-year-old has been diagnosed with Cardiac Arrhythmia; a heart condition which disrupts the normal rhythm of the heart.

As per FC Barcelona

❗ @aguerosergiokun will give a statement on his future from Camp Nou at 12pm CET on Wednesday December 15. The first-team football player will be joined by FC Barcelona president, Joan Laporta. pic.twitter.com/PcgpeuytCZ

Reliable journalist Fabrizio Romano also put out the news that Aguero would be holding a press conference with club president Joan Laporta and some of his teammates to disclose the unfortunate news.

It is understood that Aguero’s former coach, Pep Guardiola and Txiki Begiristan will also be flying to Barcelona to be a part of the press conference.

It is not a hidden fact that Aguero managed to establish himself as a legendary striker during his time in the Premier League with Manchester City, with him finding the infamous League-winning goal against Queens Park Rangers in the 94th minute in the 2011/12 season.

The 33-year-old’s numbers for Manchester City speak for themselves and are nothing short of staggering. In 275 appearances for the Sky Blues, the striker managed to find the back of the net 184 times. Overall, Aguero has scored 379 times from 663 appearances and has assisted 118 times. The 33-year-old will arguably go down as one of the greatest strikers in the game and it is shame to see him walk away from the game in this manner.

Aguero recently joined FC Barcelona when he decided not to extend his contract with Manchester City last season. The striker left the club on a Bosman to join forces with the former La Liga champions. Aguero made his debut for the Catalan giants in a 3-1 victory over Valencia and found the back of the net in the El Classico in the stoppage time in Barcelona’s 2-1 loss.

Aguero, one of the best football players from Argentina, has seen plenty of silverware in his career as he has won a total of 17 trophies with 15 of them coming with Manchester City. With the striker being a key reason why City have been successful this past decade, he has managed to establish himself as a cult figure in Manchester as well.

With health triumphing football and all other matters, one can only wish Aguero a speedy recovery as he begins the second half of his life. It has been a memorable ride with many ups and only a few downs. But one thing is for sure, Aguero will be leaving the game in a better place than where it was when he started playing it.