Manchester United have agreed a deal to sign Casemiro from Real Madrid this week, confirmed the club’s official website. He will undergo medical at Carrington over the weekend. 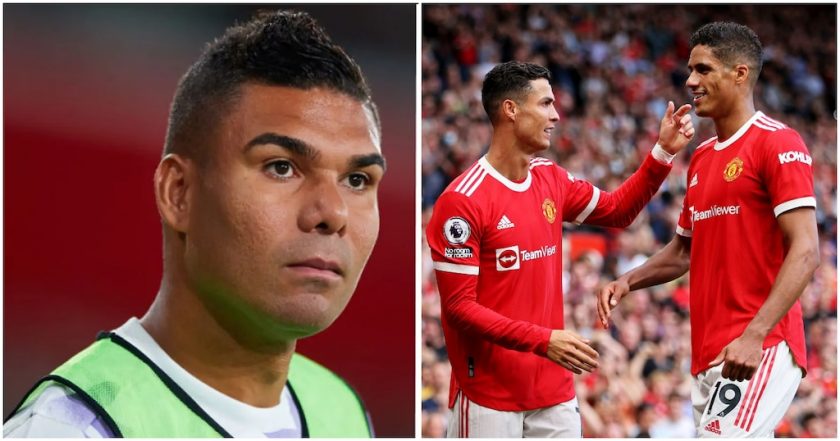 Casemiro, 30, ends a nine-year-long association with Real Madrid during which he made over 330 appearances, and won 18 trophies, including five Champions Leagues and three La Liga titles. The Brazilian has gone onto form one of the best midfield trios with Luka Modric and Toni Kroos in modern history, which is now being broken up.

With Real Madrid splashing a lot of money to sign Aurelien Tchouameni from AS Monaco earlier in the transfer window, Casemiro knows he is no longer indispensable to Carlo Ancelotti’s side, thus, his willingness to swap Real Madrid for Manchester United, where he will become a bonafide starter in Erik ten Hag’s side.

So, what will Casemiro bring to Manchester United? Let’s have a look.

Manchester United have lacked a cultured defensive midfielder for some years now. The only known player in that position that was at the club until last season was Nemanja Matic, but the Serbian couldn’t influence games as he would have liked to due to his diminishing powers.

With the club having released Matic at the end of the last term, coupled with the lack of reinforcements in the engine room, Erik ten Hag has been forced to start the new season with the prosaic duo of Scott McTominay and Fred. But after a disastrous start to life as a Man United boss that has seen him suffer defeats to Brighton and Brentford, Ten Hag seems to have had enough of Scott McTominay and Fred.

This has also given the club’s owners a reality check that the new manager needs more help from the transfer market to negotiate a tough start and bring success back to Old Trafford, and out of the blues, they have delivered the signing of Casemiro, who will become the fourth summer signing after the likes of Tyrell Malacia, Christian Eriksen and Lisandro Martinez.

Widely regarded to be one of the best defensive midfielders in the world, Casemiro will walk straight into Ten Hag’s starting XI. The 30-year-old usually sits deep as a pivot in front of the back four in a 4-3-3 system, adding an extra layer of protection needed for sides playing a high line. An excellent reader of the game, he covers a lot of ground and his teammates when they are out of position.

Casemiro loves to break and intercept play, clearing the attacks that come his way. His positional sense, awareness and defensive acumen make him as one of the best around, often drawing comparisons in style to former Real Madrid and Chelsea defensive midfielder Claude Makelele.

This is precisely the profile of a player Man United have sorely lacked in midfield, someone who can provide much-needed help to the centre-backs while also adding stability and balance to the side. His experience, quality and leadership skills see the Selecao star never shun away from doing his job. The midfielder can also get forward and join in attacks when required, which will help the likes of creative players in Bruno Fernandes and Christian Eriksen when linking up play.

At 30, Casemiro still has a few years left at the highest level, so he’s perfect for the short-term in Ten Hag’s side that needs some uplifting after back-to-back defeats. If Casemiro can quickly get to grips with Ten Hag’s system, he can become the signing that galvanizes United’s campaign.