The Bavarians have agreed a deal worth 15m euros. 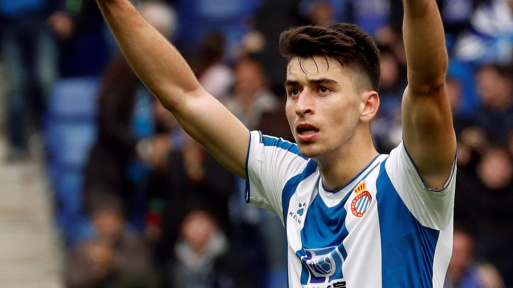 Bayern Munich have completed the signing of Marc Roca after reaching a final agreement worth 15m euros with La Liga club Espanyol. The Spanish midfielder will sign a five-year contract with the Bavarians.

Roca had been previously linked with a move to Arsenal and Bayern Munich, with the latter one resuming their interest recently.

The 23-year -old has labelled the transfer as a dream-come-true moment.

“I’m very happy. This is a dream come true for me,” Roca said when his transfer was confirmed.”

“I think Bayern is the best club in the world and has strong tradition. I’m really looking forward to wearing the colours of this great club.”

Roca had been through the thick of think of Espanyol from the youth ranks. The Spaniard made his first debut in 2016 and has since made more than 100 appearances. However, it was the 2018/19 season that brought him enough spotlight. He played a key part behind Espanyol finishing seventh in the league and was also part of the Spain U-21 team that won the European Championship in 2019. However, Espanyol suffered a relegation the following season.

Bayern’s director of football Samir Halihamidzic also expressed his thoughts on the transfer.

“He’s an outstanding fit for our team both as a player and a person, and will continue to develop here with us. We’re sure he’ll add great value to our team.”

Considering his fee, Roca would be a bargain for the Bavarians. The Spaniard has brought to replace his compatriot Thiago Alcantara, who has left a legacy behind. Roca mainly operates as a deep-lying playmaker, quite in the ilk of Thiago, but sounds defensively good.

Known for his passing accuracy, switches of play, controlling the tempo, Roca could very well be the ideal replacement of Thiago.

Bayern have also reportedly signed Douglas Costa from Juventus. The Brazilian, who has fallen down the pecking order of Andrea Pirlo, has previously represented the Bavarians between 2015 and 2018. The German Champions are signing the 30-year-old on a mere season-long loan with no obligation to buy him permanently.

During his previous spell with the Bundesliga Champions, Cost notably had a fall out with then-manager Carlo Ancelotti due to the lack of playing time. Unfortunately, he suffered the same fate in Italy.